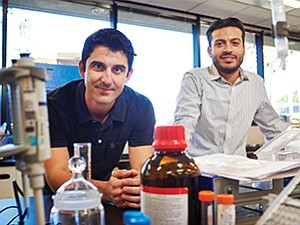 San Diego — What if the weed industry could brew cannabis like Budweiser brews beer — in big steel vats designed for large-scale production? It would certainly be better for business than waiting on cannabis plants to grow from the ground. 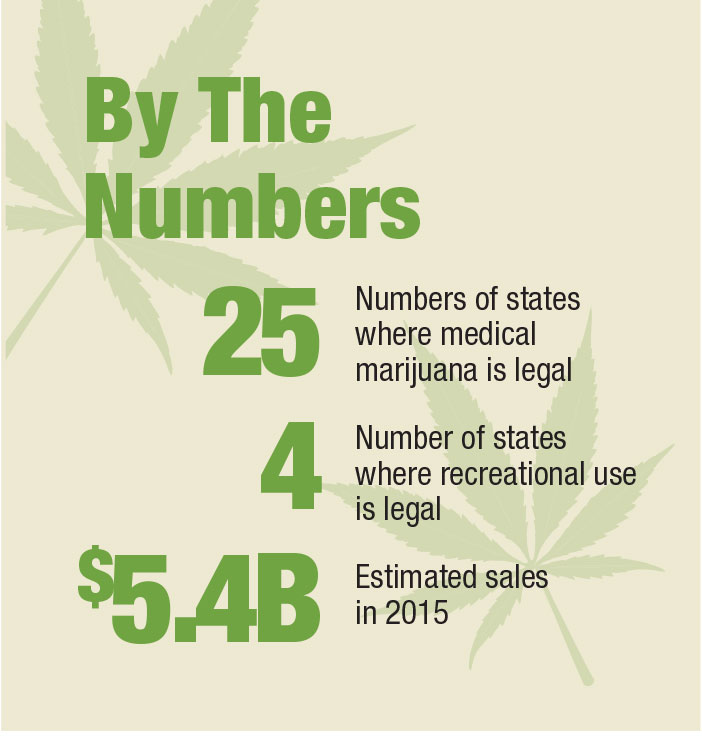 With the legal cannabis industry expected to be worth $22 billion by 2020, a cannabis factory could be a goldmine. But can scientists do it?

Poulos is co-founder and CEO of Librede Inc., a startup working out of a small incubator in Carlsbad. The tiny, two-person company has been operating in stealth mode for the past two years, fiddling with the genes of cannabis and yeast.

In the simplest terms, Librede has spliced the DNA of yeast and inserted the genes of a cannabis plant. They’ve spent years tweaking the science so that bugs in vats will grow more marijuanalike compounds and less yeasty compounds.

The goal is to isolate THC (tetrahydrocannabinol) and CBD (cannabidiol) to start, the two most popular chemical compounds found in weed. For quick reference, THC is the one that gets you “high.” CBD does not, but has promising applications in medicine.

The value of such a “bio-factory” is obvious to those working in the cannabis industry, but outsiders have difficulty understanding the appeal. Poulos attempted to explain his startup’s worth at a recent pitch event hosted by Tech Coast Angels, to which a panel of judges largely giggled and shifted in their seats. One judge admitted, “I’m not sure I understand why you would want to do this.”

The legal U.S. cannabis market brought in $5.4 billion in annual sales in 2015, and with huge markets on the brink of legalization, forecasters are expecting that number to grow dramatically in the next 10 years. One report even estimated the industry would be worth $50 billion by 2026.

But that number doesn’t include the potential applications lurking in the pharmaceutical industry. If marijuana becomes legal federally, that would lift hurdles for Big Pharma to pursue research in many mysterious compounds found in cannabis.

The pharmaceutical opportunity is further down the road, of course, said cannabis industry expert Carter Laren. But there’s a market Librede could enter right now.

“Edibles are the fastest growing segment for new entrants to the market,” said Laren, co-founder of San Francisco’s Gateway Incubator for cannabis industry startups. “As the market expands across states, a lot of those new entrants will turn to edibles because they’re more accessible and smoking has a negative connotation.”

For those who aren’t familiar with the term, edibles are basically snacks and food items infused with varying amounts of THC and CBD — like pot brownies but legal. The edibles industry has taken off since Colorado’s legalization of recreational weed, and today consumers can buy anything from bars of chocolate and packs of mints to THC-infused lemonade. Colorado sold 5 million edibles in 2014, and some reports estimate that edibles make up half of the total market.

But there’s a problem with edibles: they often taste more like marijuana than snack foods. Some of the best edible manufacturers, like Oakland-based Hello Kamala, have expert chefs who have been able to mask the strong taste of marijuana by carefully balancing ingredients, Laren said. But this is rare.

“If you’re goal is to make a brownie that tastes like a brownie, but has psychoactive or medical applications, you actually want flavorless cannabinoids,” Laren said. “You don’t want all the terpenes (pungent oils), you just want the THC or the CBD in their purest form.”

But flavorless cannabinoids don’t exist. Yet.

It’s here, in the edibles market, that Librede could thrive.

“When I talk to edible manufacturers, their eyes light up on this,” Poulos said. That’s because Librede’s products would be flavorless, isolated, and pure. They’d also grow way faster than cannabis crops.

Laren said it makes sense that edible makers would find the concept intriguing, because the supply chain for cannabis is not stable today.

“Even if you can balance a flavor in an edible, you’re balancing it based off a particular plant or butter from a supplier,” Laren said. “One grow might taste different than the next grow. Cannabis is a complex plant, and it’s hard to be consistent. This is why stripping it down to its base components is quite interesting if you’re trying to manufacture edibles. Or drugs, frankly.”

Poulos, who has a history in the biotech industry rather than the cannabis industry, envisions a day when edibles and drugs are manufactured with a huge variety of cannabinoids that can treat different symptoms.

“The age of blockbuster drugs is potentially over,” Poulos said. “Everybody is going to personalized medicine with companion diagnostics.”

Although it’s possible that Poulos is sitting on a goldmine of science, he does have challenges ahead. Although he’s gotten some cannabinoids to grow in yeast, he’s still fine-tuning the process to get the cannabinoids he’s most interested in isolating.

And there’s another problem: cash. Librede has been awarded two grants from the National Institutes of Health totaling about $430,000, but Poulos said he needs more like $4 million. He’s seeking investors at this point, but said it’s tricky to find someone willing to invest in an industry that’s not federally legal.

There’s cannabis industry investors who are familiar with the risk, but Poulos said he needs big, institutional biotech investors with deep pockets to really accelerate the science. For now, that’s an uphill battle.

Laren said he thinks venture capitalists will change their tune after the November election.

“VCs have been sniffing around the industry for a while now,” Laren said. “But they’ve had a wait-and-see attitude. The moment they know the results of the election, it will minimize their risk.”