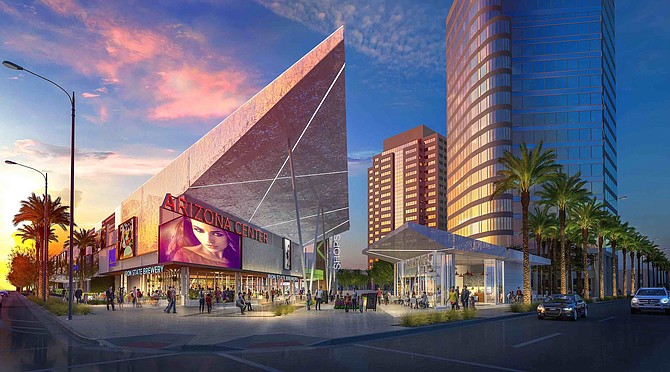 A company statement said the renovation, slated to begin in early 2017, will include reconfiguring the center’s office, retail and entertainment elements to open them up to the surrounding streets and urban neighborhood, creating a more interactive experience.

The Arizona Center brand will also get a refresh, with a new color palette, logo and website. All current tenants will remain open during construction, which will take approximately nine months to complete.

Led by CEO Matt Root, Parallel Capital Partners acquired the 16-acre complex in December 2015 for $126 million, in partnership with Angelo, Gordon & Co. of New York City. The property was originally built in 1989 at Third and Van Buren Streets and has entitlements for an additional 3.9 million square feet of improvements.