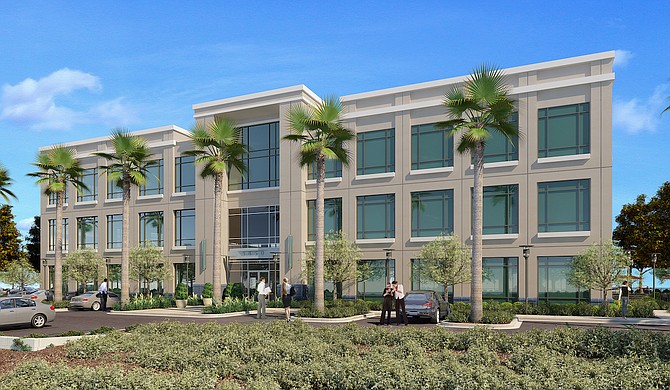 Irvine Co.’s office property division has opened its new three-story Eastgate Summit at University Towne Center, and has construction underway on a nearby building called Eastgate Terrace. The projects represent a total investment of more than $50 million by the Newport Beach-based company.

An Irvine Co. statement said the 65,000-square-foot Eastgate Summit, at 4850 Eastgate Mall, is located on a hilltop with panoramic views of the Pacific Ocean. The “next generation” building is described as energy efficient, with 22,000-square-foot floor plates that are column-free with oversized windows for natural daylighting, along with two levels of subterranean parking.

Tenants have not been announced for the buildings, which are located within Irvine Co.’s larger, 24-building Eastgate campus at UTC. Both buildings are near the company’s $100 million One La Jolla Center, a 15-story high-rise office tower that opened last year.