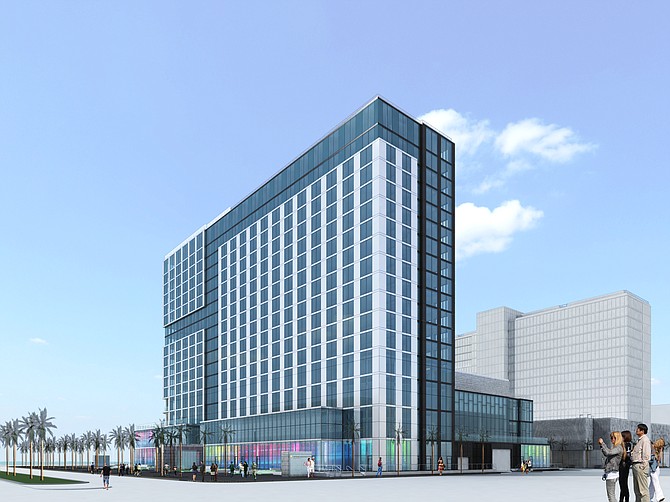 Developers of a new 400-room InterContinental Hotel, planned for the $217 million second phase of development at the former Lane Field in downtown San Diego, have obtained construction financing for the project. Construction was scheduled to begin May 10, with completion slated for September 2018.

Developers recently opened a dual-branded, 400-room Marriott hotel in the $130 million first phase of the redevelopment of the former minor league ballpark site. The development is now known as BRIC – a combination of the words Broadway and Pacific Highway, the location of the mixed-use project.

Developers said the 18-story luxury InterContinental Hotel will include a signature restaurant and bar located on the third level, with other multi-level indoor and outdoor terraces with views of the nearby San Diego Bay.

The hotel will have 23,000 square feet of ballrooms and meeting space, and each of the two ballrooms will have a full glass wall with views of downtown and the bay. The development will also include 32,850 square feet of ground-level restaurants and shops along Broadway and Pacific Highway, a landscaped walkway and plaza, and 686 parking spaces in a subterranean garage, with 271 to be available to the public.

The second-phase project’s designer is John Portman & Associates, and the general contractor is Hensel Phelps.