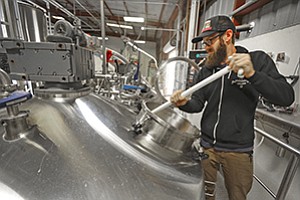 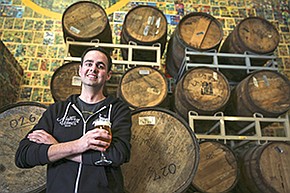 Craft’s share in retail dollars is now at 21 percent of the U.S. beer market, and the industry nationwide continues its role as a job-creating juggernaut. Small and independent brewers added more than 6,000 workers in the past year, bringing the nationwide craft workforce to nearly 122,000.

In San Diego County — with more than 6,200 people employed at nearly 120 brewing locations and more on the way — companies are trying to find ways to keep the skilled workers they have in order to grow or simply maintain their presence in an ever-competitive industry.

Mid- and large-sized companies, in addition to being potential targets of mergers and acquisitions, have an array of tax-favored retirement-plan structures — such as employee stock ownership plans (ESOPs) — with which to reward their workers and keep them on board for the long haul.

Experts note that most local brewers, being small companies, will need to effectively deploy the traditional methods of good pay, benefits and career advancement — along with the industry’s emphasis on independence and passion for beer — as they don’t have access to the capital resources of larger enterprises.

For brewers not yet at the stage where they can fully distribute stock shares or enter into merger and acquisition agreements, getting and keeping workers means taking proactive measures that also fit limited corporate budgets, while maintaining an internal culture that makes employees want to stick around.

At Modern Times Beer, which employs 70 people at its main facility in Point Loma and tasting room in North Park, Chief Operations Officer Chris Sarette said breweries must weigh the cost of retention versus the need to continually recruit and train new workers. That ongoing process in itself can take a toll on managers.

Sarette said Modern Times’ retention program starts with a minimum hourly wage of $15 for back-of-the-house workers. From there, the company adds a benefits package that includes health, dental, vision and chiropractic care.

“One of our more unique offerings is a two-month paid sabbatical and the opportunity for an equity distribution at the five-year mark,” Sarette said. “Combine all this with regular opportunities for advancement and consistent staff outings and events, and we’ve been fortunate enough to retain nearly 100 percent of our talent over the last three years.”

Lightning Brewery in Poway, which employs eight people, offers what President Jim Crute describes as a “mostly self-motivated work environment” with employees collaborating to ensure that schedules and deadlines are met.

“This allows our employees to feel more in control of their day-to-day work and better plan for contingencies, since we are all aware of what the goals are,” Crute said. “I also pay at what would be considered at or slightly above the going rates for brewers, kellermen, tasting room staff, and we have sick time and a fair paid-vacation policy.” 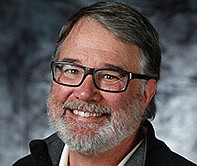 Like most local beer makers, he said, Lightning Brewery is “very far from the point” of doing an employee stock plan, and equity and investment issues generally don’t interface with employee management matters.

ESOPs remain relatively uncommon in the craft beer industry, but a few national and regional players have recently converted their corporate structures to at least partial stock ownership by workers.

Those include Colorado’s New Belgium Brewing Co., the nation’s fourth-largest craft brewer based on 2014 sales volume, and Oregon’s Deschutes Brewery, the eighth largest. Also taking the ESOP route were Boston’s Harpoon Brewery (No. 15), as well as Colorado’s Odell Brewing Co. (No. 34) and Left Hand Brewing Co. (No. 40).

Other smaller U.S. brewers have made the transition or are currently in the process, though there were no known examples in San Diego County at press time. However, local attorneys, accountants and consultants said they have recently received numerous queries from brewers about the process, an indicator that the region could be seeing some ESOPs formed in coming months.

Currently, local ESOPs are found most often at companies including defense contracting firms, as well as construction-related companies that employ large numbers of engineers, architects and other skilled planners.

The plans allow company founders — either in one move, but more often in phases over several years — to sell their ownership stakes to employees in the form of stock shares that are pooled among workers. Similar to traditional workplace retirement plans that are cash-based, such as 401(k) programs, gains from share sales and increases in stocks’ valuations are exempt from certain capital gains and other income taxes.

Experts say that from a corporate ownership and culture standpoint, the advantages of ESOPs appear to make them good fits for craft beer companies under the right circumstances. For instance, they allow owners to maintain involvement in their operations, while incentivizing workers by letting them share in the company’s future successes.

The plans can help companies remain self-sufficient, independent, and able to resist acquisition attempts, especially by the global macro-brewers still deemed the enemy by many craft brewers. But if the right price and other conditions come along and the company is indeed willing to be bought out, the workers will share in the windfall.

“It’s culturally complementary to the way that brewers think,” said Michael Harden, senior managing director at Ambrose Advisors, a financial advisory firm in Newport Beach. “They want to maintain their independence, and they usually don’t want to sell out to an outsider that might diminish the quality of the product.”

Harden, who has handled ESOP setups for several U.S. beer clients including New Belgium and Deschutes, said there are many instances where the plans serve a “clearing the table” function. Founding owners, for example, have chosen to buy out passive early investors, such as friends and relatives, then convert those stakes into stock shares owned by the company’s current active workers.

‘Keep It in the Family’

Martin Staubus, executive director of the Beyster Institute at UC San Diego’s Rady School of Management, envisions ESOPs in coming years being embraced by a rising number of craft beer companies as they mature. In addition to giving owners flexibility to gradually dial down their management involvement and take money off the table, the concept appears to encourage a “keep it in the family” mentality similar to that of professional sports teams.

“Craft brewers have this culture that is very much like a sports team, that feeling of ‘we’re all in this together, and we win and lose together,’ ” said Staubus, a lawyer by training who also has an MBA.

Experts said tax savings through ESOPs can be significant — as much as 40 percent for owners and another 40 percent for workers — compared with the taxes that might be paid under traditional company stock and stock-option plans.

But while they are appealing, companies must go through careful internal deliberations before deciding to go the ESOP route as they often serve as retirement plans. At Deschutes Brewery, which was started in 1988 and employs 500, Chief Financial Officer Peter Skrbek said company leaders took four years to plan and study before deciding to establish its ESOP that went into effect in December 2012.

“You have to make sure that you’ve examined all of the financial nuances,” Skrbek said.

Dechutes’ process included surveying workers, who ultimately decided 92 percent in favor of the plan. The company remains committed to a gradual phased increase in the percentage of company ownership stakes invested in the employee stock plan, currently at just below 8 percent.

Jeremy Glaser, a San Diego partner in the law firm Mintz Levin, said employee stock plans are among many financing mechanisms that are seeing their profiles rise in the maturing financial world of craft brewers.

As macro-brewers look to fight the erosion in their market shares by buying out the craft players, more companies are facing decisions on whether to take in outside capital and related expertise, and in some cases go through with actual mergers and acquisitions. These decisions are crucial to the growth and survival of many craft brewers, and will often hinge on the degree to which owners wish to retain their independence.

“If you’re looking to move beyond a lifestyle and establish yourself as a viable company, you have to adjust your structure so you can bring in capital, bring in and retain those great workers, and do all of those other things you will need to do,” Glaser said.