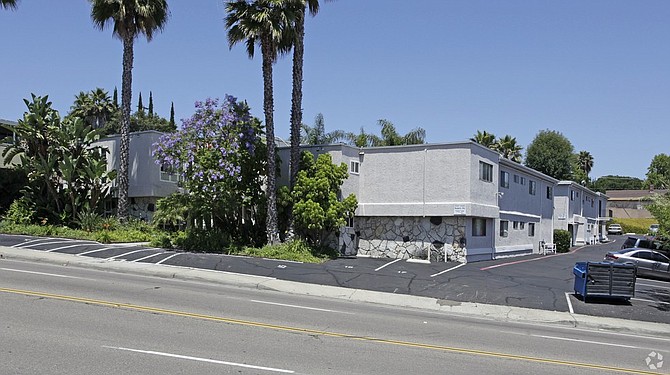 A National City entity recorded as 2525 Highland Avenue has acquired a 35-unit apartment property in San Diego’s Rolando neighborhood for $4.9 million, according to CoStar Group and public data.

The seller of the property, formerly known as Belmont Apartments at 4333 College Ave. was Sieger Family Trust.

According to La Jolla Capital Group, which handled the mortgage on the deal, the buying parties also included a California limited partnership listed as M&L Financial Company XXXI.