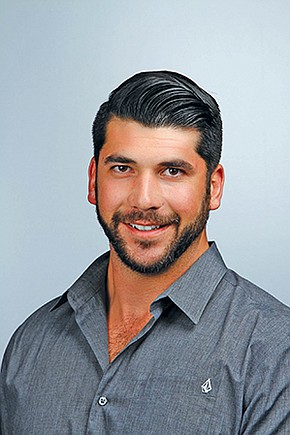 San Diego — It’s been nearly a year since San Diego tech startup Wrapify began connecting drivers interested in getting paid for turning their vehicles into moving billboards with advertisers who wanted to track impressions from outdoor marketing in real time.

The company, which started out at tech incubator EvoNexus, launched its app in July 2015 with 1,000 motorists signed up to wrap their cars in three cities.

Since then, Wrapify has raised $2 million in seed funding and expanded to 35,000 drivers in 25 cities.

Heller and three co-founders started Wrapify in February 2015 in a small office in Sorrento Valley.

In the third quarter of last year, Wrapify opened an office in San Francisco; this year, it opened its first East Coast outpost, in New York. Recently, the company relocated its San Diego headquarters to a larger space, in Solana Beach.

Wrapify’s expansion has been propelled mainly by word of mouth, Heller said, although the company has done some advertising via social media, including Facebook and Instagram.

“As far as revenue growth, we’ve been steadily moving along,” he said. “We’ve experienced double-digit growth month-over-month since we launched the platform.”

What makes Wrapify different is the data it provides its advertisers, he said.

“We’re taking those real-time metrics that every marketer really likes online and applying that to out-of-home advertising,” he said. “We’ve been able to cross that chasm.”

Advertisers decide where they want their ads to circulate and drivers who are interested choose how much of their car to have covered with the ad. Local car wrap companies cover the drivers’ cars; drivers get ride-share credits to use while the car is being wrapped. Funds are paid out via biweekly direct deposits.

Drivers — who must be at least age 21, have a clean, undamaged car made in 2008 or more recently, and not work for a ride-sharing service like Uber or Lyft — have been earning an average of about $300 to $400 per month, Heller said.

Those who take advantage of the company’s “swarm” option, which lets advertisers send a group of cars to drive around a certain location, such as a conference or other major event, have made as much as $600 in a month, he said.

“It’s not just a technology-enabled service,” said Heller, who considers the company a member of the gig economy. “It really plays into an ecosystem that is thriving and one of the fastest-growing segments of the working economy today.”

One of the growing pains the company has experienced has been getting drivers to understand that the amount of work available to them depends on how many advertisers are interested in launching campaigns in their area.

In some of the smaller media markets in which Wrapify operates — San Diego is in that category — drivers don’t always have a campaign available, Heller said.

“There just isn’t a lot of media spend that happens here,” he said.

That could change if the company nets more national advertisers interested in multicity campaigns.

“We’re really focused on getting more advertisers on the platform and also more existing advertisers to try and build out more campaigns with us,” Heller said.