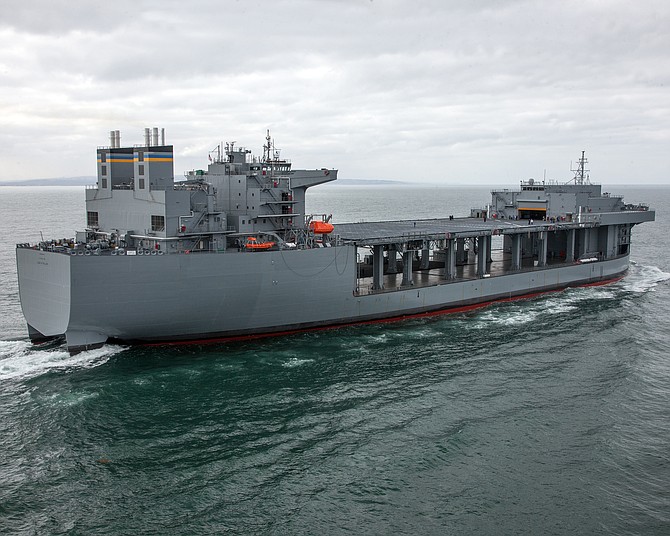 General Dynamics NASSCO received a $325 million deal to help fund the fifth in a series of U.S. Navy support ships.

The contract modification, announced by the U.S. Navy on Dec. 29, will cover long lead-time materials as well as the design and construction of a 784-foot ship called an expeditionary sea base.

The distinctive-looking expeditionary sea base includes a flight deck that can hold up to four helicopters. The flight deck sits on pillars above a mission deck which might hold small watercraft, but can be reconfigured for other purposes. The support ship, which resembles a tanker in some ways, also includes accommodations for U.S. Marines.

Work will run through May 2019, and about three-quarters of the work will be done in San Diego. Other work will go to subcontractors around the United States.