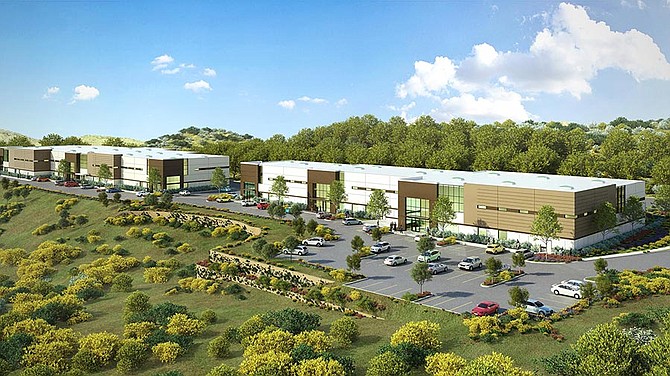 Badiee Development Inc. has announced plans to develop a $13.9 million project in Vista, to be called Keystone Victory Industrial Park. It is the latest of several North County industrial projects being developed by the La Jolla-based company.

A company statement said Badiee Development has acquired a 10-acre property in the southwest portion of Vista, at the end of Keystone Way off Business Park Drive, near the city’s border with Carlsbad. Plans call for a two-building industrial campus with a total of 77,850 square feet, with a project ground-breaking expected in the first quarter of 2017.

The industrial project will span approximately five acres within the 10 acres of raw land that was acquired. Badiee Development was represented in the land purchase by Tucker Hohenstein and Mike Erwin of brokerage firm Colliers International Group Inc.

Officials said the Vista project is slated to include the latest design amenities, 26-foot height clearances, grade-level and dock-high loading capabilities, with common outdoor areas that will have landscaping and expansive views of the surrounding area.

Led by President and CEO Ben Badiee, the development company now has more than $100 million in North County industrial projects underway or in its pipeline, in cities including Carlsbad and Escondido. The projects are primarily speculative, though tenants are expected to be signed prior to their completion.