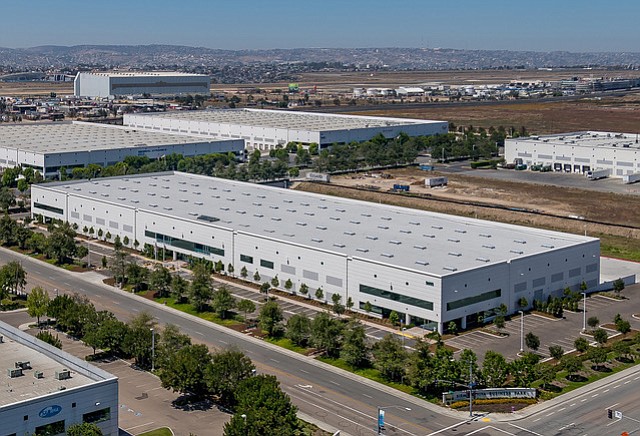 San Diego-headquartered Murphy Development Co. is nearing completion on its Siempre Viva Business Park in Otay Mesa, with the recent groundbreaking on an $11.9 million industrial building at 8500 Kerns St.

A company statement said work on the 79,050-square-foot facility, known as Building 17, is being led by a team that includes general contractor Lusardi Construction and architect Gene Cipparone. The speculative building, slated for completion in the second quarter of 2017, is the final project within Murphy’s 2.1-million-square-foot Siempre Viva development.

Andy Irwin, Murphy Development’s senior vice president and director of marketing, said officials anticipate that the building will be fully leased prior to completion. The developer also recently completed a 121,970-square-foot speculative building at the business park, known as Building 18 at 2600 Melkee St., and has garnered “a significant amount of interest” in that facility, Irwin said.

Murphy Development is also processing plans for the first building at its Scripps Ranch Technology Park near Interstate 15, with the 244,000-square-foot research-and-development building slated for delivery in early 2018.