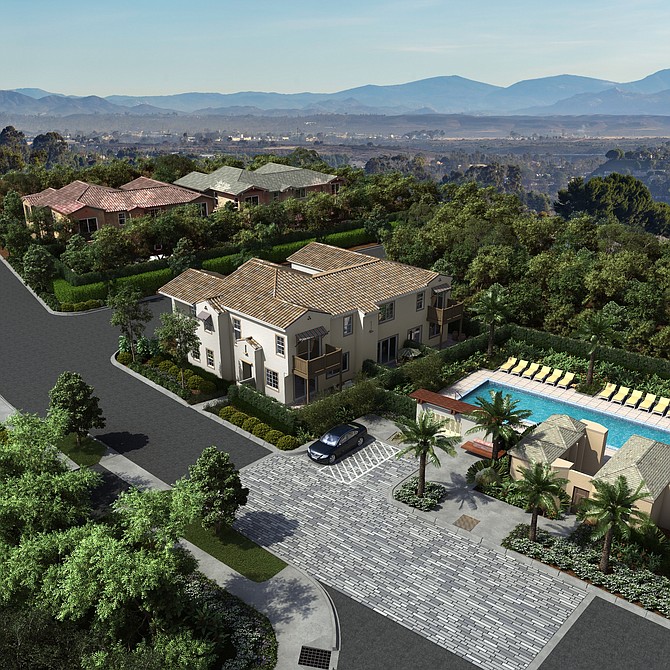 San Diego-based Cornerstone Communities and Presidio Residential Capital recently began construction on Brisas at Pacific Ridge, consisting of 117 two-story triplex townhomes in Oceanside. A statement from developers said the for-sale project will have a retail value of more than $57 million at completion.

Developers said the gated community is located at College Boulevard and Old Grove Road. The site is the last piece of land to be developed within the master-planned Rancho Del Oro community, with an opening of the project’s sales office planned for late December 2016 or January 2017.

Homes will range in size from 1,500 to 1,820 square feet, and pricing has not been announced. The project’s designer is San Diego-based Starck Architecture and Planning.

Officials said Brisas marks the sixth joint venture between Cornerstone and Presidio. The companies are also developing 635 homes at The Preserve in Carlsbad, 317 other units at Pacific Ridge in Oceanside and 233 at Otay Ranch in Chula Vista, with other projects in Murietta and Bakersfield.