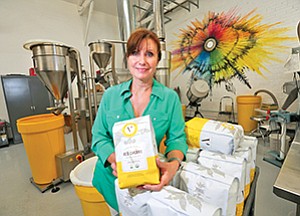 Laurie Britton, owner of Café Virtuoso, said when coffee is done right, “you can enjoy it black.”

San Diego — San Diego’s craft beer brewers — with their sophisticated palates and purist culture — may be priming the region for another kind of brew business: artisan coffee.

Now, he says, people are practiced in buying local, and more tuned in to quality and craftsmanship.

The craft coffee scene is big in San Francisco, Seattle and New York, and San Diego’s own coffee culture is growing up fast.

Earlier this year, San Diego was named the sixth best coffee city in the U.S. by data-driven fintech company SmartAsset — trailing the above mentioned coffee hubs, along with Portland and Oakland. 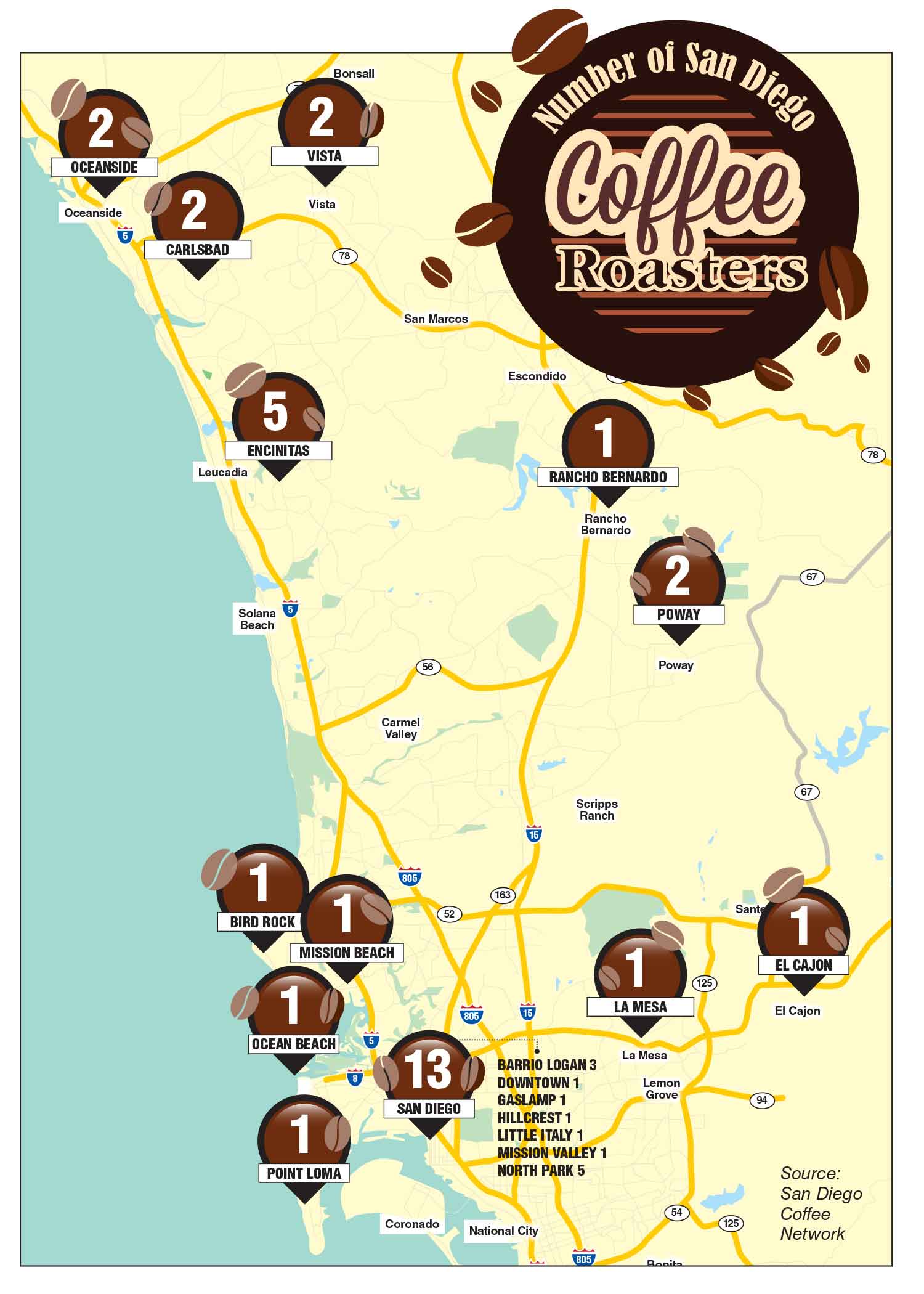 “They just need to know that there’s more to coffee than a dark, poorly-roasted drink that you have to put cream and sugar in to make it bearable,” Britton said. “If it’s done right, you can enjoy it black.”

The rise of coffee culture came in stages, roasters say, and most in the business agree on three precise waves. The first wave came from the major coffee corporations of the mid-1800s through the ’60s: Folgers, Maxwell House, and the creation of the infamous home drip coffee maker. The second wave was basically Starbucks (enough said). Most in the industry agree we’re currently in the third wave of coffee culture, in which it’s all about the origin of the bean, quality, and craftsmanship.

Here, in the third wave, is where San Diego excels. 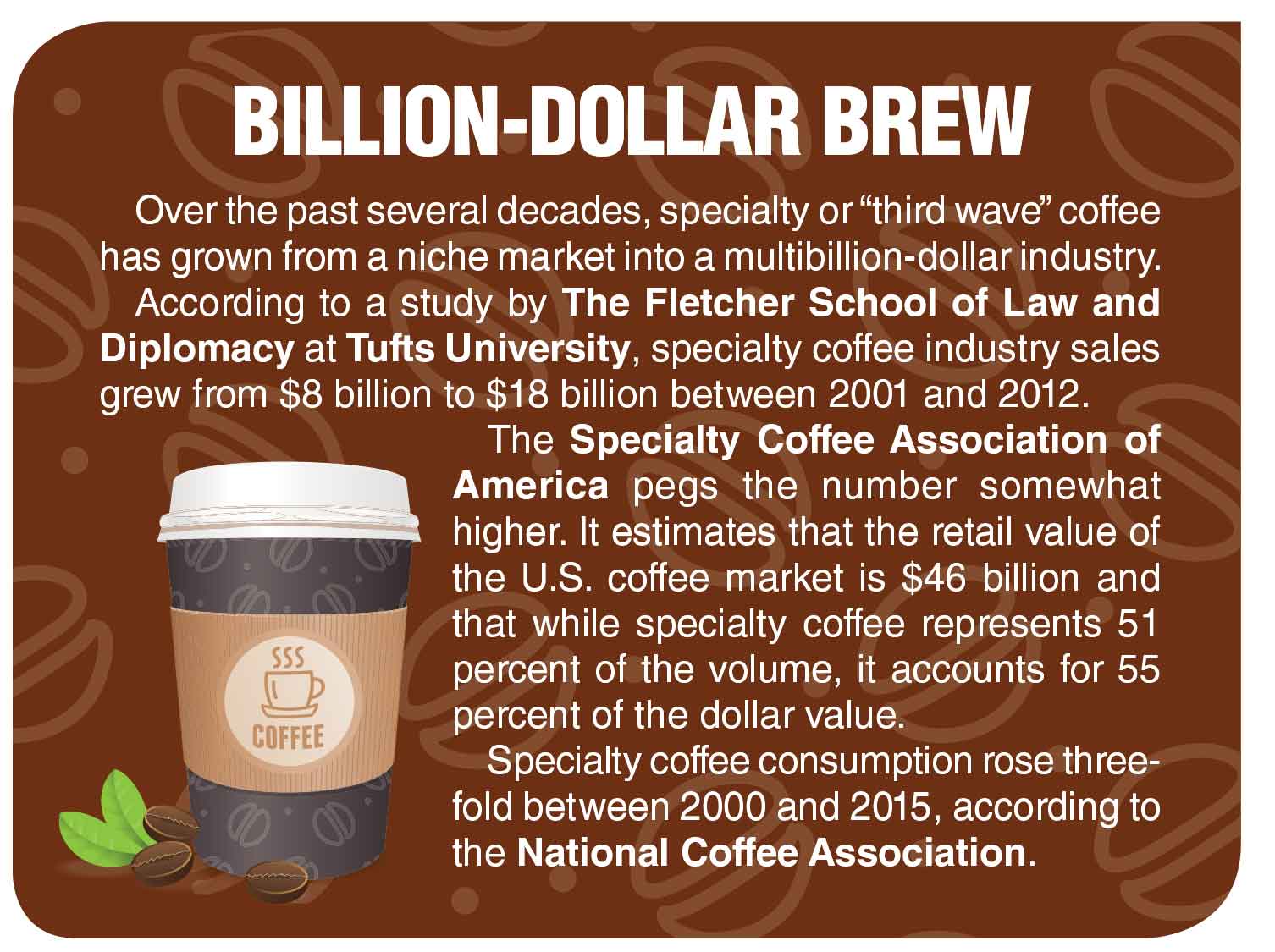 San Diego is a mecca for conscious, quality-driven consumers: people who value things like farm-to-table restaurants, organic groceries, and ethically sourced products. It’s sort of a coastal thing, according to market research.

The farm-to-table movement has been particularly represented in San Diego, with restaurants like George’s at the Cove and Farmer’s Bottega prepping trendy menus with locally-grown food. Knowing the farmer helps chefs and owners guarantee that they’re buying from people whose methods match consumer values, whether that means organic, sustainable, non-GMO, or fair trade.

It’s the same in the coffee business, said John Vallas, owner of Swell Coffee Co. People appreciate knowing that the coffee at Swell is a high quality and ethically sourced.

“Different industries are responding to the younger generation, who is asking, ‘where is my food coming from?’” Vallas said. “And that’s kicking off a number of things. It’s part of why the local craft beer industry is thriving, because people love the craft, and they want to know where their food, wine, and beer is coming from. And coffee is riding that wave, too. The cool thing is, people are now open and responding to it.” 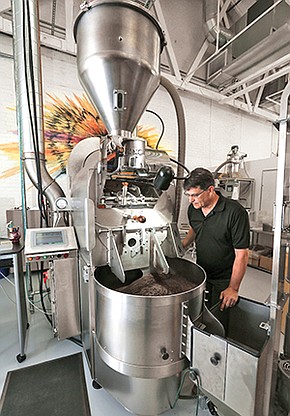 Greg Luli, general manager of Café Virtuoso, mixes beans, and then roasts them.

Vallas and Patton both take great care in choosing their coffee farmers abroad, traveling all around the world to visit their partner farms in person to form direct trade relationships. And Café Virtuoso is in high demand, with nearly 100 wholesale contracts, for choosing to buy only organic and fair trade beans.

“San Diego’s coffee culture has been slow to rise, but careful and conscientious,” Percifield said. “If you talk to many local roaster and café owners that serve specialty coffee, they really care about how coffee is sourced, being socially responsible and ethical. It’s all part of the hard work that goes into being a purveyor of specialty coffee.”

The conscious consumer and “locavore” movements, in combination with high tourism and the maturing craft beer industry, have set San Diego up for growth. The biggest obstacle facing the burgeoning local coffee scene is getting the word out amongst consumers, restaurants, and retailers.

“It will be great when all the farm-to-table restaurants that San Diego is known for — ones that make responsible sourcing part of their practice — begin applying this principle to coffee as well,” Percifield said. “When coffee is no longer an afterthought, but treated as an equal part of a rounded culinary experience, specialty coffee will have finally earned its place at the table with other craft beverages.