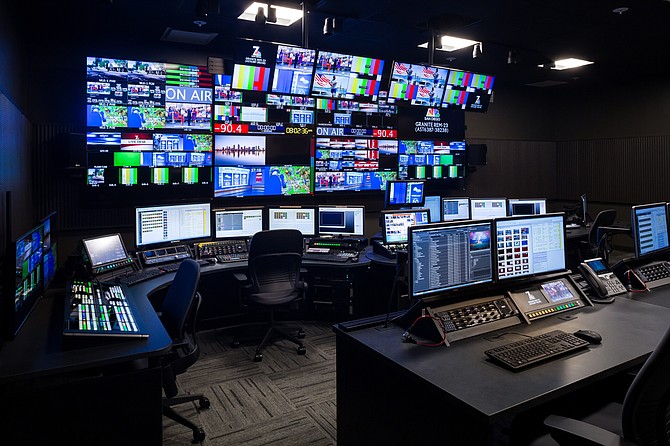 NBC 7 San Diego (KNSD) has shifted its operations to its new facility in Kearny Mesa after about 50 years downtown.

The corporate-owned affiliate has expanded its footprint from 29,000 square feet downtown to 52,000 square feet and is home to 140 NBCUniversal employees. The year-long facility project involved gutting a two-story building on Granite Ridge Drive and rebuilding it with an open second floor that overlooks the news desk.

The property is powered by solar panels and a natural gas fuel cell and uses skylights and solatubes for areas other than the studios, according to Dave MacKinnon, NBC7’s director of technology and operations.

The news studio features robotic cameras that can be operated by one person, LED lights that are much cooler than legacy condescend lights and the market’s first 4K video wall.

The facility was designed by Carrier Johnson + Culture, built by Dempsey Construction, both San Diego companies.

A ribbon-cutting ceremony to dedicate the new facility will be on April 20.