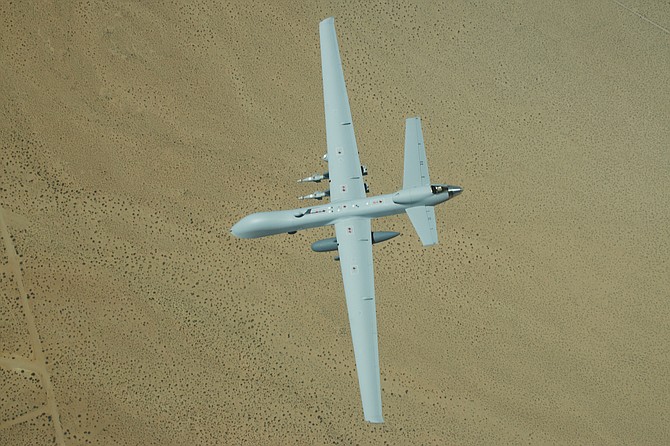 The extended-range Reaper, developed under a contract worth more than $100 million, is able to stay in the air longer with the addition of two external fuel tanks. The aircraft also carries a four-blade propeller and heavier landing gear. The modifications extend the Reaper’s endurance from 27 hours to 34 hours, according to Poway-based GA-ASI.

The Air Force awarded an undefinitized contract action for the work in February 2014. At the time, it said the deal could be worth up to $117.3 million.

According to a statement from the manufacturer, the Air Force challenged GA-ASI to deliver 38 Reaper ER aircraft in 13 months, and to have the aircraft operational 18 months following contract award.

The modification package was designed so that fuel tanks and associated equipment could be installed quickly on current Reapers in the field at locations worldwide.

The Air Force uses the remotely piloted Reaper for reconnaissance and to deliver bombs and missiles.

GA and the Air Force made their announcement in conjunction with the annual U.S. Air Force Association Air & Space Conference in suburban Washington, D.C.