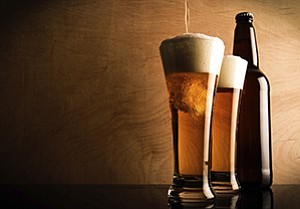 San Diego — As the craft-beer faithful converge for the annual San Diego Beer Week — actually 10 days filled with countywide beer breakfasts, geek tours, ale marathons and “tap takeovers” – the local region is expected to get a significant economic buzz in the form of tourism benefits.

If past years are an indication, this year’s seventh annual event, organized by the San Diego Brewers Guild and scheduled for Nov. 6-15, should create a steady flow of hotel room bookings, brewery tours, and increased sales at local stores, bars and restaurants.

“It’s really become more about the retailers than the brewers themselves,” said Brewers Guild President Kevin Hopkins, noting that the more than 500 individual fest-related activities continue to attract a growing contingent of out-of-towners, including international visitors, along with local aficionados. “It brings together the beer community, but it’s also a great way to showcase San Diego.”

Started in 2009, Beer Week is by far the largest of several local brew-centric festivals held annually, drawing more than 20,000 people to tastings, food pairings and other promotional events held at venues throughout the region.

Researchers note that Beer Week and its smaller brethren, along with regular tour and other programs hosted by the region’s larger brewers, provide a much-needed jolt to local tourism, filling hotel rooms and driving related business, especially during off-peak seasons, including fall and winter.

“It’s become a tourism magnet for the region,” said Vince Vasquez, senior policy analyst at National University System Institute for Policy Research in San Diego. “Something like Beer Week doesn’t have to compete with other activities that might be happening locally in the summer.”

Vasquez, who compiles an annual report on the craft beer industry’s regional economic impact — $600 million in 2014 — said San Diego County as of Oct. 21 had 114 licensed brewing facilities, with more in planning and approval stages.

The burgeoning popularity of craft beer has spawned a steady rise in visitors planning their local trips around brewery visits. Officials at Stone Brewing Co., the region’s largest craft beer maker, have estimated that the brewer’s main facility in Escondido is the third-largest visitor destination in North County, after San Diego Zoo Safari Park and Legoland California Resort.

In addition to Stone, Vasquez said many of the region’s other craft brewers offer facility tours and provide event spaces for meetings and other gatherings for special occasions. Local beer tours and events in recent years have been drawing a rising number of visitors from “drive-in” markets, such as Las Vegas, Phoenix, Northern California and Southern California, as well as East Coast and international cities.

Tour companies specializing in brewery visits have also seen a miniboom in the past few years. A recent Google search, for instance, turned up nearly a dozen tour and transportation companies offering guided visits to San Diego County beer-making sites.

Among the relative veterans of that business is Jon McDermott, co-owner of Brewery Tours of San Diego, who started the local company eight years ago with his wife Mindy. McDermott estimates that about 10,000 people booked tours through his company during 2014, with about 30 local brewers participating.

“We would have been happy to get 1,000 tours booked seven years ago,” said McDermott, who previously worked at local beer companies including Ballast Point Brewing & Spirits.

Events like Beer Week provide a dependable uptick, he said, but business generally remains steady throughout the year. Many locals book tours as part of birthday, bachelor and bachelorette parties, and McDermott has recently seen a rise in bookings by visitors from Japan and several European countries.

High-profile events such as Beer Week have become integral to larger regional tourism programs aimed at capitalizing on San Diego’s status as a craft beer capital.

One of those was a paid “sponsored content” placement on the popular website BuzzFeed, in which the Tourism Authority created an interactive quiz headlined “Which San Diego Craft Beer Are You?” In other instances, the local region continues to gain free exposure from rising national media coverage of craft beer’s growth.

“In the past, the goal was getting San Diego on the map in terms of craft beer,” Eley said. “Now the focus is on San Diego as a leading destination for craft beer.”