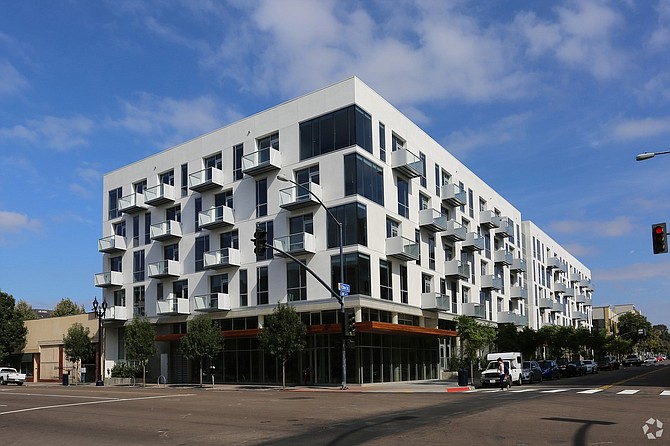 The seller of the newly built, 208-unit property, at 688 13th St., was San Diego-based developer OliverMcMillan. The five-story EV Lofts is nearing completion on a 0.23-acre parcel located on 13th between Market and G streets.

Monogram also purchased a Boca Raton, Fla., apartment for $81.74 million in a separate transaction, and both deals were part of a tax-deferred 1031 exchange, as Monogram redeployed capital from the recent disposition of an apartment community in Chicago.

EV Lofts is among several local mixed-use projects developed by the downtown-based OliverMcMillan, founded in 1978 by developers Dene Oliver and Jim McMillan. Oliver remains CEO of the company, which has also developed recent mixed-use residential projects in cities including Atlanta and Honolulu.