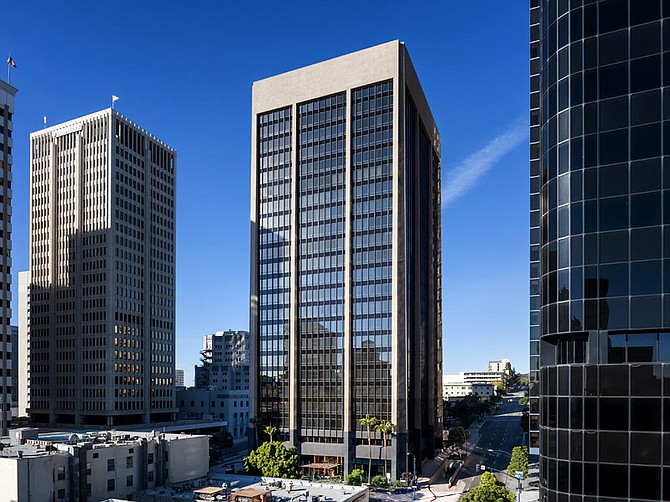 The San Diego Union-Tribune will be relocating from its longtime Mission Valley home to a downtown office high-rise at 600 B St., with a move-in expected in May 2016, tower owner Lincoln Property Co. announced.

A Nov. 19 statement from Dallas-based Lincoln Property said the newspaper’s owner, Tribune Publishing Group of Los Angeles, has signed a 15-year lease to occupy 59,164 square feet in the downtown tower. Financial terms were not immediately available.

The Union-Tribune will relocate approximately 350 reporters, editors, designers and other staff to the 24-story B Street tower, where it will occupy four floors. The newspaper will continue to use its parent company’s printing facilities in Los Angeles, where it has been printed since Tribune acquired its operations, but not its real estate, earlier this year from Douglas Manchester for $85 million.

“While we have several major office submarkets in San Diego, downtown is our city’s showcase, and it is wonderful to have such an important media organization embrace our vibrant downtown,” said Brig Black, a Southern California executive vice president with Lincoln Property, which has regional operations in the same B Street tower.

“We feel like downtown is the right place for us to be, and that 600 B Street will put us in the center of the action,” said Russ Newton, President and CEO of the Union-Tribune, in the same statement.

Lincoln Property was represented in the new downtown lease deal by Richard Gonor and Bess Wakeman of brokerage company JLL, with the Union-Tribune represented by Jeff Pion and Bill Bacon of CBRE Group Inc.

The newspaper is currently leasing its space at 350 Camino de la Reina on a short-term basis from the Mission Valley property’s new owner, Casey Brown Co. of San Diego, which recently purchased the real estate from Manchester for $52 million. According to CBRE, which handled the Mission Valley property deal, investor Casey Brown plans to upgrade the five-story office building and is evaluating alternative uses for the three-story former printing facility.

The 13-acre Mission Valley site has also been entitled by the city for a future mixed-use apartment project, to be built next to the vacated Union-Tribune buildings. The Union-Tribune has operated at its current site off Interstate 8 since 1973.