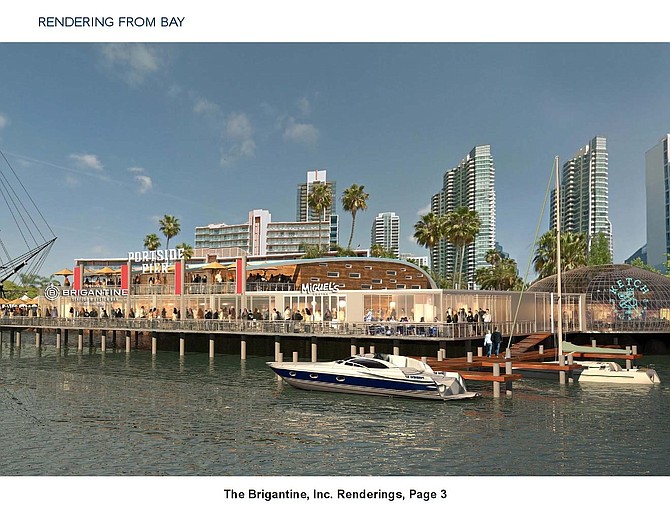 The decision means Anthony’s, a staple on the downtown waterfront since 1946 and located at its current spot since 1965, will be required to vacate the 1360 N. Harbor Drive location when its current 52-year lease with the port district expires in January 2017. Anthony’s will still have its lakeside restaurant in La Mesa, where it has operated since 1961.

At its Nov. 17 meeting, the Board of Port Commissioners voted 4-2 to approve the staff recommendation to enter into final negotiations with San Diego-based Brigantine to develop a multi-venue dining concept called Portside Pier.

Voting to approve the staff recommendation were Commissioners Dan Malcolm, Ann Moore, Bob Nelson and Garry Bonelli. Voting against the measure were Commissioners Robert Valderrama and Marshall Merrifield, with Rafael Castellanos recusing himself from the vote.

Brigantine plans to invest a minimum of $13 million into Portside Pier, which would include the company-run eateries Brigantine on the Bay and Miguel’s Cocina, along with Ketch Grill & Taps and Portside Gelato & Coffee.

The port district estimates the Brigantine project will generate a minimum of $1.1 million in annual rent. A staff comparison of the three finalists notes that the Brigantine plan also includes a potential future “dock and dine” expansion, allowing boat owners to visit the complex, not found in the other two plans.

Port officials are seeking to maximize revenue from long-term commercial leases on prime waterfront properties downtown and interviewed a total of six development teams earlier this year with concepts for the Anthony’s site.

Commissioners in August approved a staff recommendation narrowing the selection down to Brigantine and Sunroad, but amended it to allow the Anthony’s team to revise its earlier redevelopment proposal, following numerous emails and public comments from residents and the business community, seeking to keep Anthony’s on the waterfront.