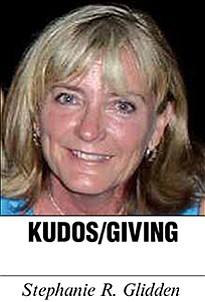 San Diego Habitat for Humanity announced that Karen Begin joins the executive team as its director of development. Begin is charged with meeting the organization’s fundraising goals, as well as developing and implementing strategies that will bring additional success to the organization in the coming years. Executive Director Lori Holt Pfeiler said owning a home changes a family for generations to come, and Begin’s expertise in resource development will help Habitat for Humanity build more homes and serve even more hardworking families throughout the region. Prior to joining the organization, Begin was associate vice president of charitable giving at The San Diego Foundation and was the development director at North Coast Repertory Theatre.

The Academy of Our Lady of Peace, San Diego’s leading Catholic college preparatory girls’ high school, hosted its inaugural Women’s Symposium recently. The symposium featured prominent women leaders on multigenerational panels who shared insights with the future leaders and innovators of the world. The panel discussions covered a wide array of topics to help the next generation of women leaders manage the complexities of being a woman in the workforce. Head of School Lauren Lek said programs like this “serve our mission of helping generations of young leaders become all of which woman is capable.” Sponsors of this event include title sponsor I.E.-Pacific Inc., Neyenesch Printers, Pacific Event Productions Inc., Silvergate Bank, Visual Antics, Urban Girl Accessories, RCP Block & Brick Inc., Nerium International, Rachel Mollering CPA, Menard Family Foundation and Lois Marriott.

The San Diego Office of the Council on American-Islamic Relations dedicated this month’s “A Place at the Table” event to feed the homeless to the memory of the three Muslim youth shot to death recently in Chapel Hill, N.C. The shooting victims were known for their community service initiatives.

“We must encourage all to continue the great community service that Deah, Yusor and Razan were involved in,” said Hanif Mohebi, executive director of CAIR-San Diego. “It is our responsibility to show the larger community that American Muslims are contributing positively in every sector and that we will continue to serve our community and strengthen the core values of our country.”