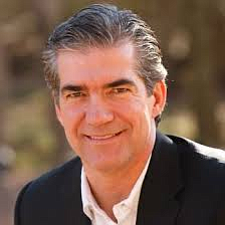 Company officials said Manby, 55, will also join the company’s board of directors. David F. D’Alessandro, who most recently served as interim CEO, will continue to serve as SeaWorld’s chairman.

Manby is the permanent replacement for Jim Atchison, who resigned in December as president and CEO amid continuing attendance drops at SeaWorld’s theme parks, spurred in part by a controversial documentary related to the company’s handling of captive orcas.

Manby most recently was CEO of Atlanta-based Herschend Family Entertainment Corp., which owns several entertainment entities including the Dollywood theme park in Tennessee and The Harlem Globetrotters basketball team. He previously spent 20 years in the auto industry, including a stint as CEO of Saab Automobile USA.