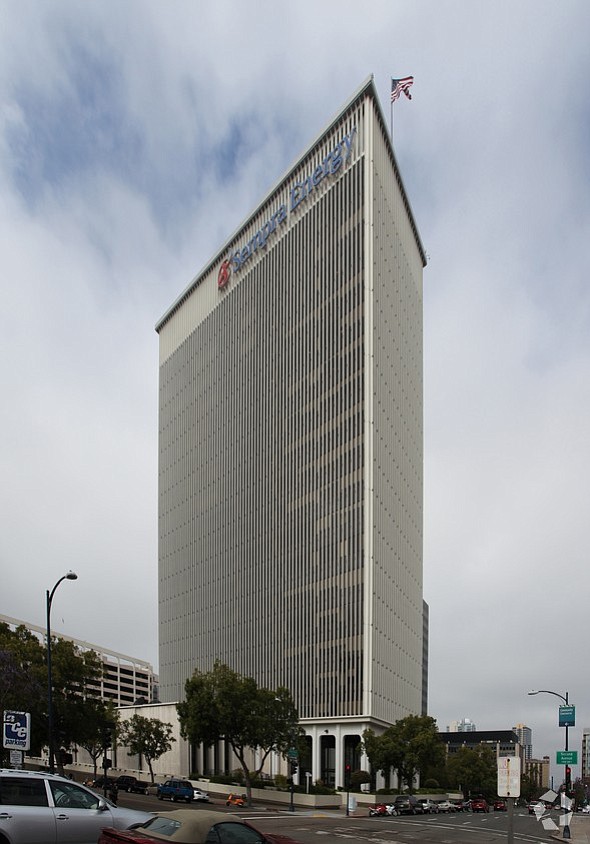 Owners said the 19-story building at 101 Ash St. is currently being considered as offices by both the city of San Diego and San Diego Union-Tribune newspaper, as well as for future conversion to a hotel or apartments. Sempra Energy recently moved to new headquarters in an East Village tower built by locally based Cisterra Development.

Current majority owner Sandor Shapery, who heads Shapery Enterprises and has owned the property since 1993, said in an interview that he and his new partner plan to occupy the top two floors on an interim basis while its future is being decided. Shapery said city officials will be touring the building later this month, as the city mulls occupying all or portions of the building, though the property has not officially been listed for lease.

In a statement, Shapery said officials with San Diego Union-Tribune have toured the building. Manchester recently sold the newspaper to Los Angeles-based Tribune Publishing, but the deal did not include the paper’s Mission Valley offices or other real estate.

Civic San Diego is considering a zoning change that would allow the building to include residential uses. Shapery said conversion of the building to a “Class A hotel” is also being considered, as is converting the property into an incubator-type facility with live-work elements and creative office space.

The Ash Street building opened in 1969 and has only been occupied by what is now known as Sempra Energy, which completed more than $40 million in improvements during its time in the building, Shapery said.

The statement said Shapery and Manchester have known each other socially for more than 40 years but have never previously teamed on a business transaction.