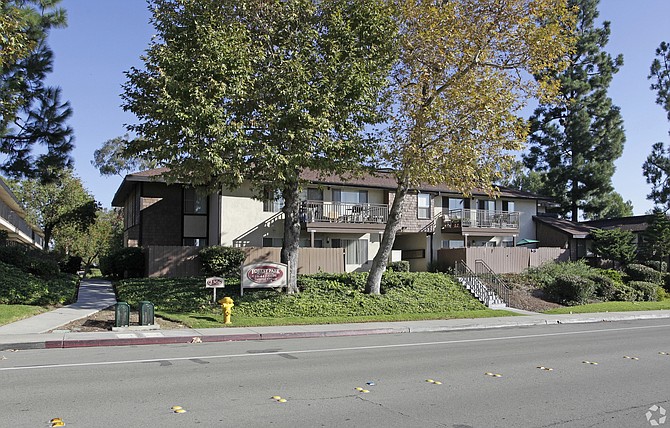 According to brokerage company Lee & Associates, which represented the seller, the local properties are the 338-unit Forest Park, at 1210 Petree St. in El Cajon; the 138-unit Colonnade at Fletcher Hills, at 2950 Fletcher Pwky in El Cajon; and the 154-unit Hidden Hills, at 311 Weston Circle in Vista.

TruAmerica officials said the company acquired the Southern California portfolio in partnership with a syndicate of domestic and international institutional investors, including Guardian Life Insurance Co. of America and Allstate.

The properties are older “Class B” assets, built mostly during the 1980s, ranging in size from 60 to 384 units per location. Brokers said the deal reflects heightened interest among apartment investors, spurred by recent rent growth in Southern California.

“We’re in a value-add market, and we’ll likely see more of these types of acquisitions over the next year, albeit not of this size,” said Fisher, in a statement.

In its own statement, TruAmerica officials said the portfolio deal reflects the company’s strategy of acquiring and upgrading older “mid-tier” multifamily assets, primarily in the Western U.S., with the goal of transforming them into “affordable, higher quality workforce housing.”

TruAmerica CEO Robert Hart said the company is anticipating apartment rents to rise at least 5 percent across most Southern California market sectors this year, and plans to invest an additional $40 million in renovations and repositionings of the acquired portfolio.

In early January, TruAmerica announced that it had purchased the 456-unit Waterleaf Apartments in Vista for $86.2 million, in a joint venture with Investcorp of New York.