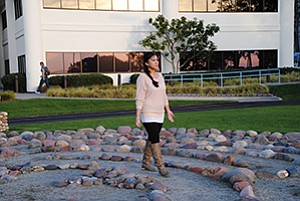 If it wasn’t already apparent by the flocks of twenty-somethings scanning labels in supermarkets — inquiring if the chicken is hormone-free, if the beef is grass-fed and if the produce is organic — market research has confirmed that the millennial generation is the most health-conscious to date, and its strong opinions on health may be the linchpin to drive health care reform.

These young people, most commonly defined as those born between 1980 and 2000, have entered consumer markets in droves — and their diet and fitness patterns are vastly different than their parents and grandparents.

As the Affordable Care Act spurs young people to sign up for health insurance for the first time, many are expressing dissatisfaction with their experiences with the system.

“I was treated for depression for years and never felt any better,” said Samantha Price, a 28-year-old officer candidate in the U.S. Army. “It turns out that I had a tumor on my very under-active thyroid, which caused the same symptoms as depression. After that and the doctors diagnosing my dad with arthritis when his entire body was full of cancer, I have minimal faith in the modern medical system.”

Instead, Price puts a high priority on eating healthy foods and practicing a rigorous exercise routine.

A Matter of Time

“I often see young twenty-somethings who are looking for help managing their health,” Davies said. “They seem to want options. They want a practitioner who will spend an hour with them and ask them about their diet and nutrition versus a doctor who is holding the handle on the door after 120 seconds of face-to-face time. These young people want time and attention, and they’re willing to pay for it.”

Dr. Christopher Suhar is a cardiologist, internist and director of the Scripps Center for Integrative Medicine. He specializes in integrative health — the marriage of evidence-based alternative medicine (like yoga, acupuncture and meditation) with modern medicine to better fight disease and promote overall wellness.

“This has been the force driving integrative medicine — a big dissatisfaction with the health system,” Suhar said. “People feel like doctors are rushed, overwhelmed and they don’t listen to their patients. There is this mistrust that all doctors want to push medication. People want more autonomy, they want to have the decision over their health, and there’s a strong belief that the environment and lifestyle plays a strong part on health and person.”

Communispace Corp., a marketing consultant company in Boston, published a new study that showed that millennials define their health and wellness more broadly than older generations. Nearly half consider maintaining a work/life balance of utmost importance when trying to stay healthy, ranking it higher than regular dental and physical exams, and even higher than having health insurance. Millennials are more likely than previous generations to embrace alternative medicine such as acupuncture, meditation and massage. And over a quarter of them say organic, natural and nontoxic products are part of maintaining their health and wellness. These trends indicate that millennials are concerned with wellness of the entire self — mind, body and spirit — better known as holistic medicine.

Suhar believes the demand for integrative medicine has been growing for years and millennials are accelerating that growth.

“I see young patients now who come in, aggressive about their health,” Suhar said. “You used to see young people come in who ate Taco Bell daily and didn’t take care of themselves. Not anymore. Young people are exercising, making good food choices and asking about things like organic and non-GMO foods. I think they’re awakening from what’s already been out there, and the movement is clearly growing.”

“With new provisions in the Affordable Care Act, a lot of health care providers are moving towards prevention,” Dougherty said. “Sick care used to be how hospitals made money. It was fee-for-service. If the beds were full, then you’re making money. But for us there’s never been a financial incentive for our doctors to do anything but keep their patients healthy. In fact, from a financial billing perspective, exactly the opposite is the case.”

Kaiser is an integrated system in which the hospital, health plan and physician group are all under one umbrella, making wellness and prevention a high priority for the entire organization, Dougherty said. However, the hospital system has taken note of the millennials push for holistic medicine. Dougherty said the system has a targeted campaign called OwnNow, which uses social media and fitness events to appeal to millennials.

“We have alternative health options available for total health — mind, body and spirit,” Dougherty said. “We embrace many mentalities.”

A cardiologist by training, Suhar had to go back to school to be trained in integrative medicine.

“When I started this new career, I was teased by a lot of my colleagues who actually used that term, ‘quackery,’” Suhar said. “There are still some physicians who believe that, but those physicians have not been trained to know the research. Alternative therapies were not being taught to that generation of physicians, but there’s a big movement now bringing integrative medicine to medical schools. Young doctors are being taught this, so we’re going to see change as the new generation of millennial physicians enter the workforce.”

Suhar added that the mindset of his colleagues is already changing, and physicians that used to tease him now refer patients to him.