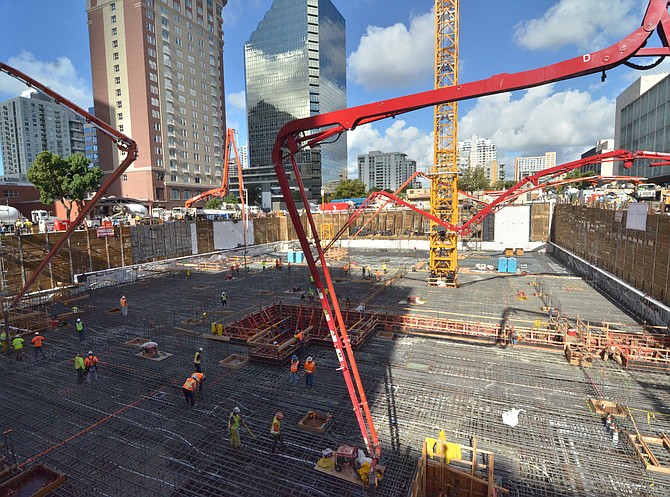 Photo courtesy of Rudolph and Sletten

Initial concrete pours were recently completed for the new $555 million downtown San Diego Central Courthouse, according to the local office of general contractor Rudolph and Sletten.

The 22-story county courthouse, set for completion in 2016 at State and C streets, is the region’s largest current government construction project. It was designed by Skidmore, Owings & Merrill.

Officials of Redwood City-based Rudolph and Sletten said three tower cranes are currently at work at the site, and subcontractors are preparing to begin work on structural steel in late January. The project will include installing 12,500 tons of steel, with a topping-out expected in about nine months.

The finished 704,000-square-foot Superior Court building will include 71 courtrooms, jury administration facilities, secure areas for detainee transport, and a pedestrian bridge connecting the new courthouse to the Hall of Justice. The project was approved by state officials in 2012 and broke ground in 2014.