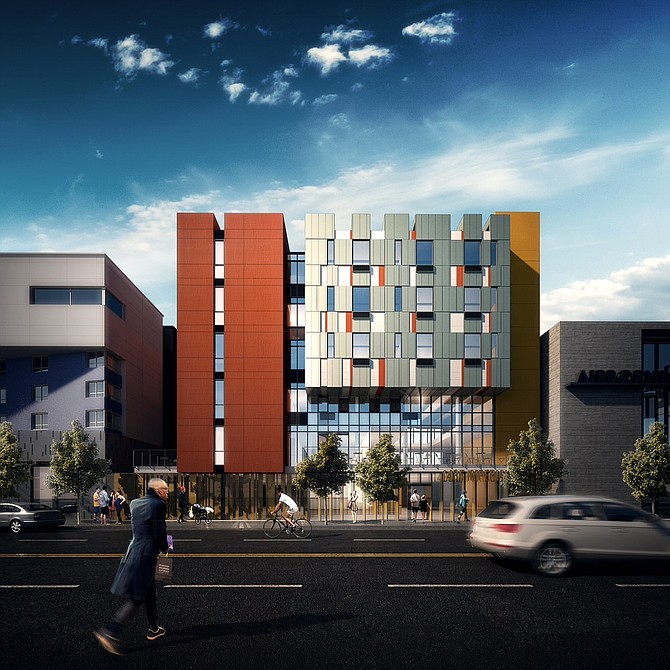 A statement from the San Diego-based developer said the transit-friendly project, at 1435 Imperial Ave., will include 62 studio units with support services for homeless individuals, and one manager’s unit. It is being built with $3.4 million in development funding and 62 federal rental housing vouchers awarded by the San Diego Housing Commission, through the commission’s Housing First – San Diego homeless action program.

Apartment units will range from 275 to 350 square feet, with access to a 4,000-square-foot common area. Shared amenities will include a community kitchen, technology tables, lounge areas and an outdoor open space.

The six-story community will also have a solar array to offset 60 percent of its common-area electricity usage. The project’s designer is Carrier Johnson + Culture.