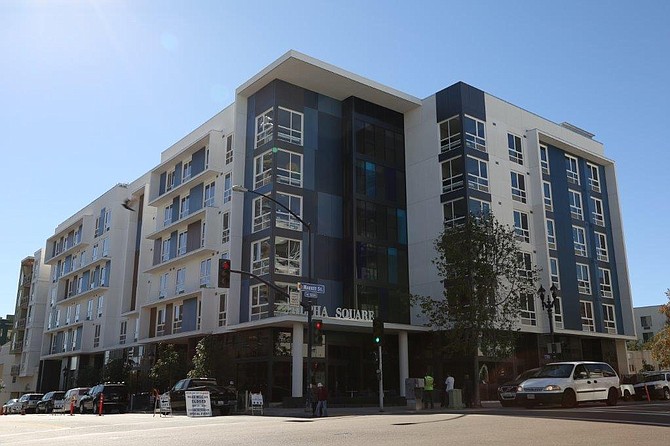 A statement from Chelsea said the downtown building has 201 affordable rental units and will house low-income and formerly homeless residents, including about 30 military veterans. The transit-oriented complex, at 550 14th St., had been in the development pipeline since 2008.

Alpha Square was developed by Chelsea and the non-profit Alpha Project for the Homeless, in partnership with the San Diego Housing Commission and the city of San Diego. The city provided a $17.6 million loan for construction and owns the land, which is subject to a 70-year ground lease.

Alpha Square has in-house case management and support services and includes a computer lab, laundry facilities and a commercial kitchen for resident meals. There is also a community courtyard, a landscaped rooftop deck and terrace.

Chelsea Investment Corp. was founded in 1984 by its current CEO, Jim Schmid. The company said it has since developed 7,681 units of affordable housing at a total cost of more than $1.4 billion, with about 20 percent of units serving specialized populations including seniors, disabled and homeless residents.