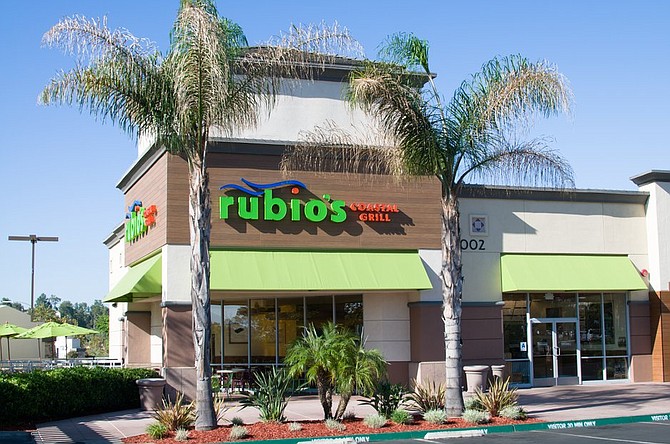 Rubio’s Carmel Mountain Ranch location was the first to be remodeled and renamed as Rubio’s Coastal Grill. Photo courtesy of Rubio’s Restaurants Inc.

Carlsbad-based Rubio’s Restaurants Inc. plans a redesign of 60 of its California restaurants, with a rebranding of those locations under the name Rubio’s Coastal Grill.

Company officials said the first wave of remodelings is underway and set for completion by the end of 2015, with more updates planned for 2016. Rubio’s also plans to open seven new locations by the end of 2015.

The theme of the redesign includes sea and beach elements reflecting the company’s emphasis on seafood offerings and ocean and beach conservation, said Rubio’s senior vice president Greg Semos. The company designated its Carmel Mountain Ranch restaurant as a test site where the first remodeling has been completed, with internal and external changes.

Semos said sales at that location have “improved noticeably,” and the company has gathered positive feedback on the design, color scheme and ambiance.

Co-founder Ralph Rubio noted that the Coastal Grill addition to the Rubio’s name reflects the company’s move toward featuring more grilled seafood in recent years, with entrees using items like shrimp and salmon in addition to its original fish taco.

The privately held Rubio’s was started in 1983 in San Diego and currently has nearly 200 restaurants in five states.