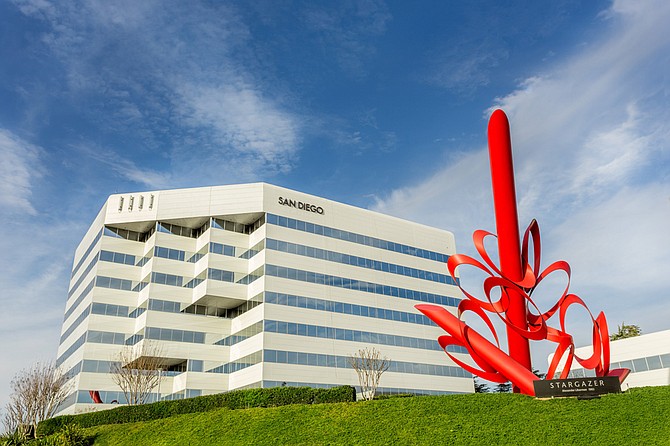 Houston-based Lionstone Investments, on behalf of an institutional client, has acquired the nine-building San Diego Tech Center office park in Sorrento Mesa for an undisclosed price.

The campus, at 9685-9725 Scranton Road, last sold for $152.5 million in 2012, when it was acquired by Boston-based Beacon Capital Partners, the seller in the latest transaction, according to CoStar Group and public data.

Most of the campus, totaling 655,643 square feet, was built in the mid-1980s and includes up to an additional 1.2 million square feet for potential new development, according to a statement from Locale Advisors.

The seven-acre campus includes an eight-story office building, and eight one- and two-story buildings for research and development tenants. Also on-site is a Karl Strauss brewery restaurant, a fitness facility, lap pool and Japanese garden.