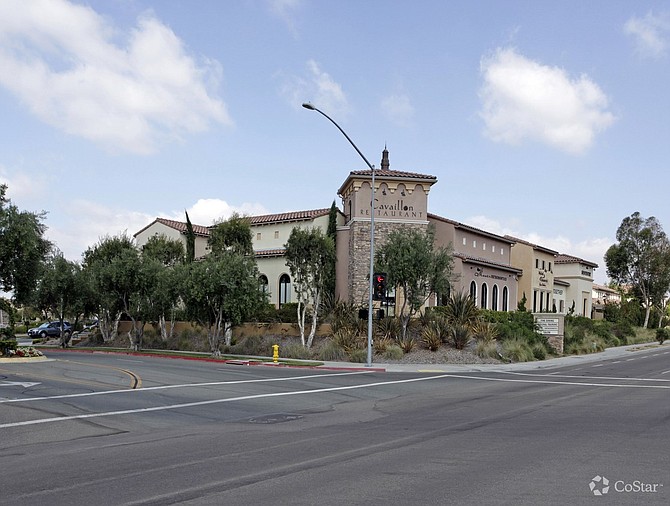 Piazza Santaluz LLC of San Diego has purchased a two-building retail center near the city’s Black Mountain Ranch neighborhood for approximately $6.37 million, according to CoStar Group and public data.

The seller of the center, known as Piazza Santaluz at 14677-14701 Via Bettona, was Pacifica Real Estate Services Inc. of Rancho Santa Fe. Steven Leonard of brokerage company Cassidy Turley represented the buyer, with John Jennings and Rob Ippolito of Cushman & Wakefield Inc. representing the seller.

The retail buildings total 16,145 square feet and were fully occupied at the time of sale, with nine businesses including service, restaurant and office tenants. The center was built on 1.29 acres in 2005 as part of an upscale residential community known as Santaluz, located near several other master-planned communities including Del Sur and 4S Ranch.