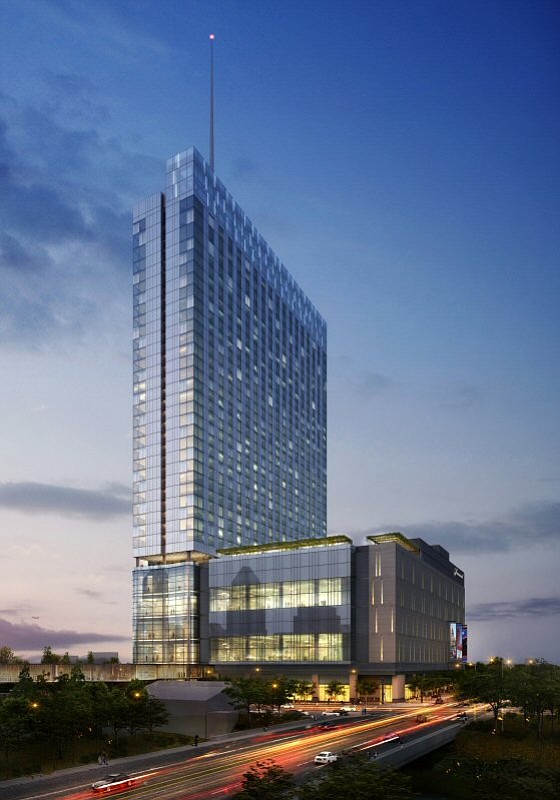 The $370 million luxury hotel will be the first hotel providing direct access to the Austin Convention Center and is scheduled to open in June of 2017, according to Manchester Texas.

Construction is expected to start in November, Manchester said.

“It’s time for construction of the Fairmont Austin to fire on all cylinders,” said Doug Manchester, president of MTFG. “We’re thrilled to have aligned with a first-class operator in Fairmont and a premier funding source in Colony Capital, and it’s all the more exciting given how strongly we believe in Austin.”

Colony Capital is based in Los Angeles.

Final designs for the Fairmont Austin call for 1,066 rooms in 37 stories, plus four levels of underground parking, totaling nearly 1.4 million square feet. The hotel will rise approximately 595 feet, making it the second-tallest structure on downtown Austin’s skyline, according to the companies.

Gensler is the hotel’s architect.

Manchester Financial Group, founded in 1970, says it has developed more than $3 billion in assets in 11 states, including the Manchester Grand Hyatt in San Diego, which is now owned by Host Hotels & Resorts.