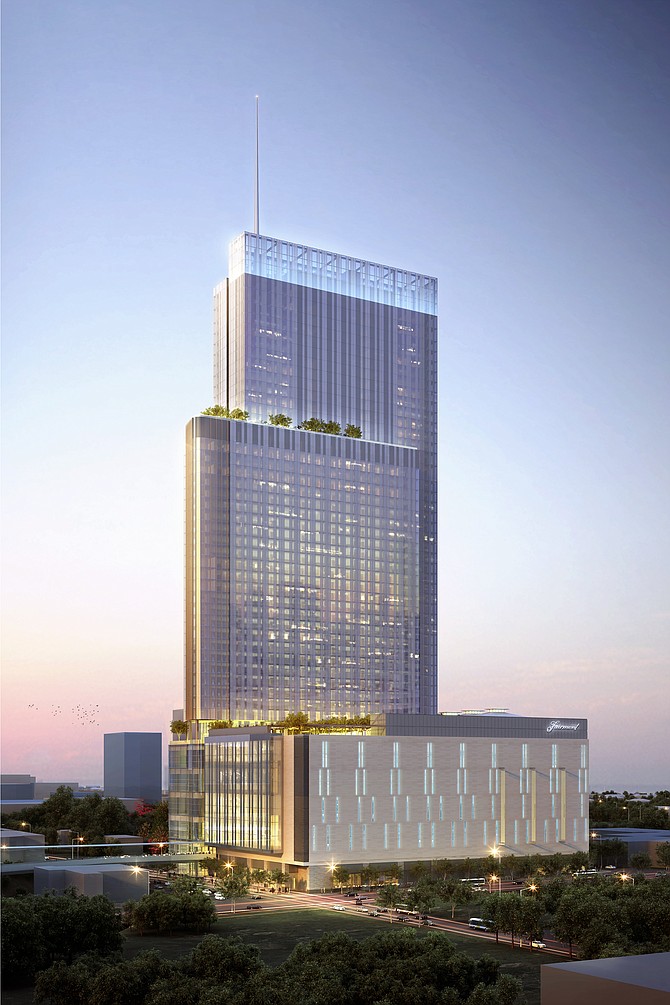 The 47-story, 1,054-room Fairmont Austin, to be built across the street from that city’s convention center, is being developed by Manchester Texas Financial Group LLC, based in Austin. The company recently awarded a $247 million construction contract for the project to Indianapolis-based Hunt Construction Group, which has a branch office in Austin.

The project, announced in 2011, is expected to take 32 months to complete. Manchester officials said plans for the hotel include 100,000 square feet of meeting space and an “aerial promenade” walkway connecting it to the Austin Convention Center.

Manchester currently owns the Grand Del Mar resort in Carmel Valley and the U-T San Diego newspaper in Mission Valley, where his company has a $200 million mixed-use project in the works.

Since 2006, Manchester’s company has been planning a large mixed-use project at the Navy Broadway Complex site in downtown San Diego, slated to have hotel, retail and office elements. That project has been stalled by legal, financing and other challenges.