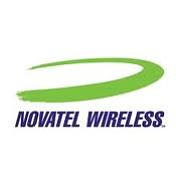 Novatel Wireless Inc., the San Diego-based maker of wireless modems and software, reported a 2013 fourth quarter net loss of $21.3 million, compared with a net loss of $14.9 million in the like quarter of 2012.

CEO Peter Leparulo said the company has undertaken significant restructuring initiatives that have lowered costs while it executes on a transition plan.

As the company moves into 2014, Leparulo said it has substantial orders and contracts in its machine-to-machine business.

During the transition period, the company will align its expenses with revenue and opportunities, and those steps will position the company for long-term profitability and growth, Leparulo said.

Novatel provided guidance in the first quarter on revenue coming in a range of $50 million to $54 million; operating losses per share, in the range of 22 cents to 15 cents; and gross margins, 21 to 22 percent.