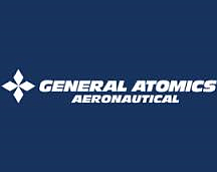 The war supplement to the 2015 Pentagon budget contains funds to replace an unspecified number of Reaper unmanned aircraft lost in combat, Politico is reporting. The news site did not specify a number of aircraft, which are built in Poway by General Atomics Aeronautical Systems Inc.

The Obama administration just released details of its $58.6 billion Overseas Contingency Operations budget, which still needs approval from Congress. The OCO budget is a supplement to the main Pentagon budget.

The budget contains a proposed amendment setting aside $646.2 million to buy C-130J airlift aircraft as well as Reapers.

In other news, the U.S. Air Force announced June 26 that it awarded a $15.2 million deal to GA-ASI to retrofit fuel bladders in Block 1 models of the Reaper. Work on the 170 aircraft will be done in Poway and is expected to run through 2017.