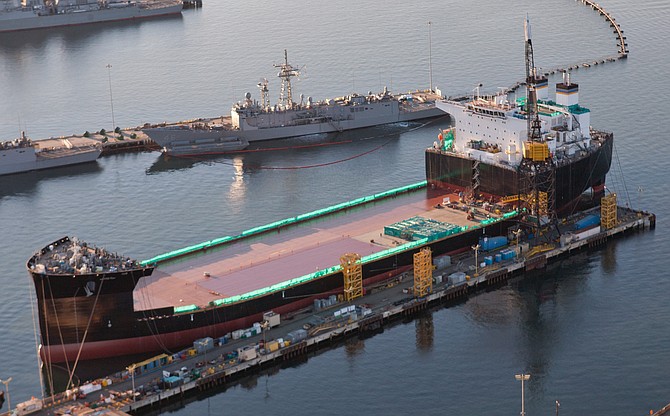 General Dynamics Nassco was awarded a U.S. Navy contract modification worth up to $64 million to buy advance material, including engines, for the fourth of the Navy’s mobile landing platform ships, according to a Navy news release.

The Navy bought the first three mobile landing platform ships in a package deal worth $1.3 billion. Nassco laid the keel for the third ship in November.

Mobile landing platforms are auxiliary ships of the USNS Montford Point class that are 785 feet long. There are two versions. Hull No. 4 will be delivered as an afloat forward staging base, with a large landing deck for helicopters.