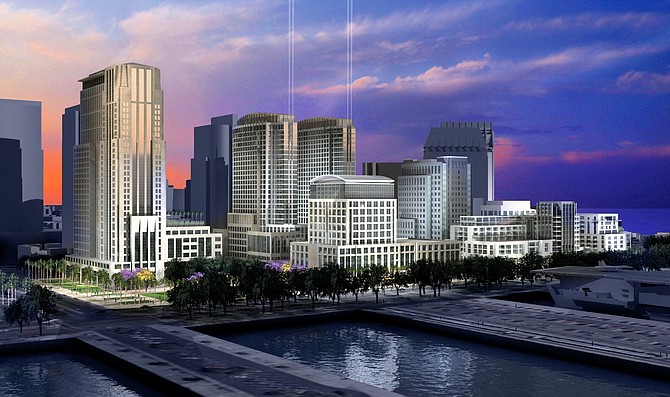 The U.S. District Court ruled in May that local developer Manchester Financial Group could proceed with development of the mixed-use Pacific Gateway project without further environmental reviews.

That ruling stemmed from a 2013 lawsuit filed by the Coastal Commission, contending that further environmental reviews were needed for the project to proceed, on the grounds that conditions in the downtown area had changed since the U.S. Navy last conducted an impact study of the site in the early 1990s.

At its July 29 meeting, the Coastal Commission voted to appeal the federal court ruling to the Ninth Circuit Court of Appeals, citing the points in its original lawsuit.

The project includes building a new Navy administration facility, spanning about 350,000 square feet, to replace several aging office and warehouse buildings, some of which date back to the early 1920s.

The first phase of the nearly 3 million-square-foot project also calls for 240,000 square feet of general commercial office space, to be leased to non-Navy tenants, along with a 1,000-room convention-style hotel, a 193-room standard hotel and about 135,000 square feet of retail.