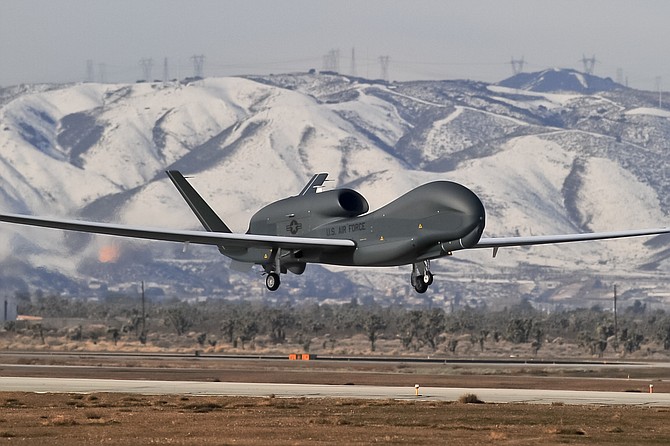 Both programs are based in Rancho Bernardo. The defense contractor builds the aircraft in Palmdale.

Flying 11 miles above a war zone, the aircraft serves as a spy plane or as a communications relay.