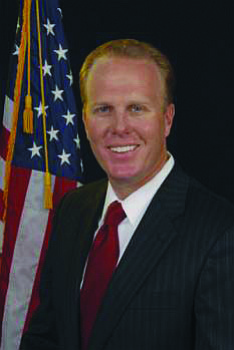 Mayor Kevin Faulconer vetoed a City Council measure that seeks to raise the minimum wage in San Diego to $11.50 by January 2017.

The San Diego City Council will consider overriding the veto by Mayor Kevin Faulconer of the ordinance to boost the minimum wage to $11.50 by 2017 and extend sick leave benefits to employees during a meeting scheduled for Aug. 18 at 11 a.m, according to the council.

The ordinance was approved in a 6-3 vote by the City Council on July 28. The mayor vetoed the measure on Aug. 8.

To override the veto will require six votes.

Faulconer said he was vetoing the measure because it threatens job opportunities in the city.

The city’s minimum wage is the current state minimum of $9.