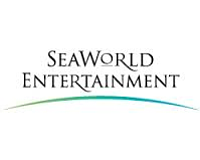 A U.S. appeals court has ruled against the parent company of SeaWorld San Diego, affirming a federal labor agency finding following the 2010 death of a whale trainer at the Florida park operated by SeaWorld Entertainment Inc.

A three-judge panel of the U.S. Court of Appeals for the District of Columbia Circuit, by a vote of 2-1, ruled that SeaWorld exposed trainers to “recognized hazards” related to work with killer whales. The ruling affirms the Occupational Safety and Health Administration’s decision to require SeaWorld to limit interactions between trainers and orcas, through physical barriers or other measures.

In a statement, officials of SeaWorld Entertainment said the company has already introduced new safety measures, including keeping whale trainers out of the water during shows. Despite the court ruling, “there will still be human interactions” and killer whale performances at the company’s parks, officials said.

Jared Goodman, director of animal law for PETA Foundation, said in a statement that the court’s ruling “signals an end to the days of trainers standing and riding on orcas for human amusement at SeaWorld.” The foundation is the legal advocacy arm of People for the Ethical Treatment of Animals.

SeaWorld recently closed on a secondary offering of 17.25 million shares of common stock sold by stockholders affiliated with The Blackstone Group LP, at a price of $30 per share, for gross proceeds of approximately $517.5 million.