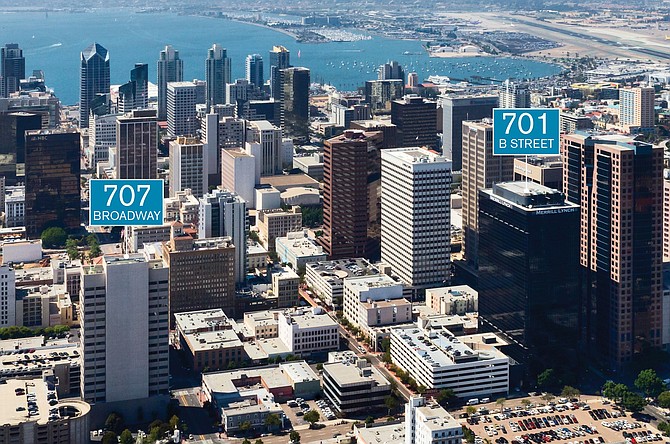 The seller of the buildings, at 701 B Street and 707 Broadway, was Equity Office Properties, a unit of The Blackstone Group of New York. Lynn LaChapelle, Bob Prendergast and Patrick Inglis led the JLL team in the transaction.

The 24-story tower at 701 B Street totals 560,329 square feet and is 84 percent leased to tenants including Merrill Lynch and JP Morgan Chase.