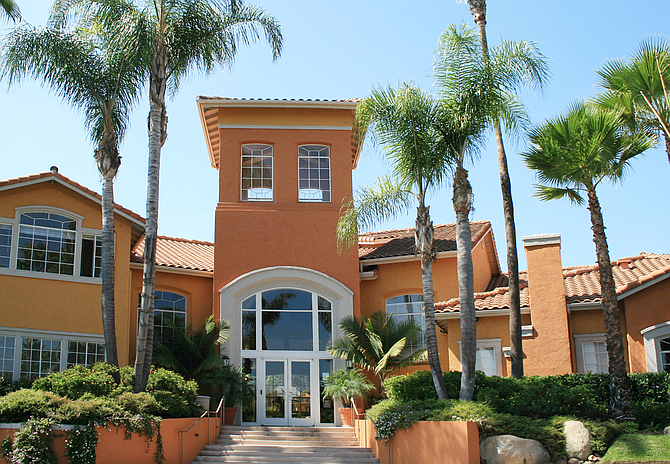 The Irvine Co. has bought an upscale apartment complex in Mission Valley — the company’s largest single-property acquisition of the year.

The Newport Beach-based real estate investor and developer recently closed on the purchase of La Mirage, a 1,410-unit apartment complex just off Interstate 15. The 74-acre hilltop site is a few blocks from Qualcomm Stadium.

La Mirage was bought from Chicago-based apartment owner Equity Residential. A sale price for the transaction, which was completed late last month, was not disclosed.

The tab would come to about $350 million based on a per-apartment price of about $250,000 — the going rate for high-end rental properties in the region.

That estimate would put the deal among the most expensive seen in San Diego this year.

The county’s priciest real estate sale of any type this year is reported to be La Costa Resort and Spa in Carlsbad. Dallas-based Omni Hotels & Resorts bought that property for an estimated $365.8 million.

The La Mirage purchase is the second notable acquisition by Irvine Co. this year involving apartments in San Diego, where monthly rents are expected to increase 4.5 percent this year to $1,471, according to data from Marcus & Millichap Real Estate Investment Services Inc.

Irvine Co.’s largest reported purchase to date this year was for a minority stake in a nearly 5,000-unit apartment portfolio, which included eight properties in Orange County and eight San Diego.

Irvine Co. already owned a majority interest in those properties via a 2007 deal that was valued at the time at nearly $1.4 billion.

The price for the remaining ownership interest in those 16 complexes — a deal completed in February — has been estimated at less than $200 million.

“The addition of La Mirage complements our company’s existing apartment communities and office buildings in Mission Valley and is part of our long-term commitment to San Diego,” Irvine Co. spokesman Mike Lyster said in a statement.

Last year the developer bought the smaller of the two towers at the Centerside office complex in a deal said to be worth $52 million. It had already owned the other building there.

A push in acquisitions and development over the past few years has made Irvine Co. the largest apartment owner in California. Rents from Irvine Co.’s apartments are now said to be the largest source of revenue for the privately held real estate company.

This year has seen the opening of its largest new apartment development to date, the 1,750-unit Los Olivos community in the Irvine Spectrum. Last year it opened the 1,677-unit Cypress Village apartment complex in North Irvine.

The purchase comes about three months after Irvine Co. closed a nearly $875 million loan deal — tied to several of its Orange County offices — that was expected to free up cash for acquisitions.

Its largest deal besides apartments in 2013 is believed to be for a Silicon Valley office campus that traded hands in April in the neighborhood of $110 million.

The deal for La Mirage in Mission Valley looks to be a big moneymaker for Equity Residential, one of the nation’s largest owners of apartment buildings.

Equity Residential said it had invested nearly $200 million in La Mirage as of the end of 2012, according to the company’s last annual report. The complex was built in four phases from 1989 to 2000.

Monthly rents at the complex run from about $1,450 for one-bedroom units to more than $2,500 for three-bedroom apartments.

Equity Residential still owns a dozen complexes in San Diego County, including several properties it picked up earlier this year when Lehman Brothers Holdings Inc. sold the nationwide portfolio of apartments that it ran under the Archstone Inc. name.

Equity Residential has been selling off a number of properties across the country to help fund its share of the Archstone purchase, which involved more than 20,000 apartments.