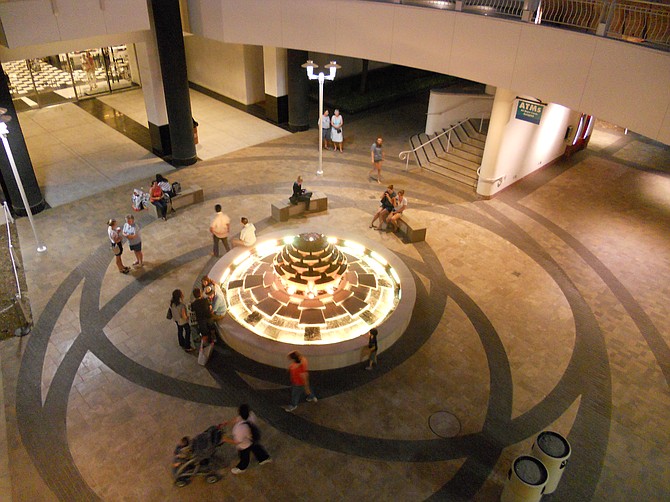 Fashion Valley is among several local malls that have recently invested in extensive renovations aimed at drawing crowds to compete with online shopping.

San Diego-area mall operators are looking to tear shoppers away from their computers and mobile devices as much as possible this holiday season — or give them a reason to bring those devices with them.

So far, Fashion Valley is optimistic.

“We continue to expect a high volume of holiday shopper activity,” mall manager Robert Doherty said. “It’s too soon to tell, but we are very pleased to see so many people out and shopping. We’re seeing lots of bags, which is always a good sign.”

Less than 25 percent of consumers surveyed nationwide by consulting firm CFI Group plan to spend more than half of their holiday shopping budgets during the Black Friday-Cyber Monday period that follows Thanksgiving, CFI recently reported. Only 21 percent of Millennials — generally adults 18 to 34 — plan to shop at all during this period.

“For people who grew up online, the idea of going to the malls on one specific day of the year doesn’t seem to be that important,” said Terry Redding, vice president of marketing and product development for Michigan-based CFI Group.

While plenty of shoppers will hit retail centers well before Turkey Day leftovers have been placed in cold storage, a rising number will be browsing for bargains and in many cases completing purchases without leaving home.

Redding said “showrooming,” a practice in which shoppers test items in stores before buying them online from another seller, continues to be a problem for retailers, especially for chains that sell electronics, apparel and home décor items.

The big chains are fighting back by installing computer kiosks to let shoppers do their research, in the hopes they’ll find the item they want at another location of the same company if it’s not already in front of them. They’re also equipping sales personnel with mobile devices to do their own price comparisons.

“They’re saying, let’s see what’s available out there, and if we can match the price, let’s make it possible for the customer to buy that item in our store instead of going somewhere else,” Redding said.

Redding said the recent deal made between Amazon and the U.S. Postal Service, allowing for package deliveries on Sundays, is a sign that online retailers are looking to better fulfill shoppers’ desire for “instant gratification” seven days a week, now only available at brick-and-mortar stores. This will also likely allow more gifts to be delivered at the last minute before Christmas.

Far from making physical stores unnecessary, the 24/7 online buying environment could actually make those stores more important as places to fulfill orders, as most retailers have more stores than regional warehouses from which to reach certain geographic regions.

“Increasingly, when you order online, it’s going to be fulfilled at the same store that you could have walked into yourself,” said Mitch Roschelle, real estate advisory practice leader for consulting firm PwC.

The National Retail Federation, a Washington, D.C.-based trade group, has projected that overall U.S. holiday spending this season will rise 3.9 percent from a year ago, to more than $602 billion. Online holiday sales are expected grow 13 to 15 percent, reaching $82 billion.

Experts note that local and national consumer spending is rising with improvements in the overall economy, including the housing market, with retailers anticipating momentum from a strong back-to-school period to continue into the holiday season.

The county’s average local rental rate was $1.84 per square foot — up 3 cents for the quarter and 11cents from a year ago — as several national and regional retail and restaurant companies continued to seek new locations.

“We are using mobile apps to help people find out what’s happening at our centers during the holidays,” Olivas said. “We’ve got a lot of new things this year.”