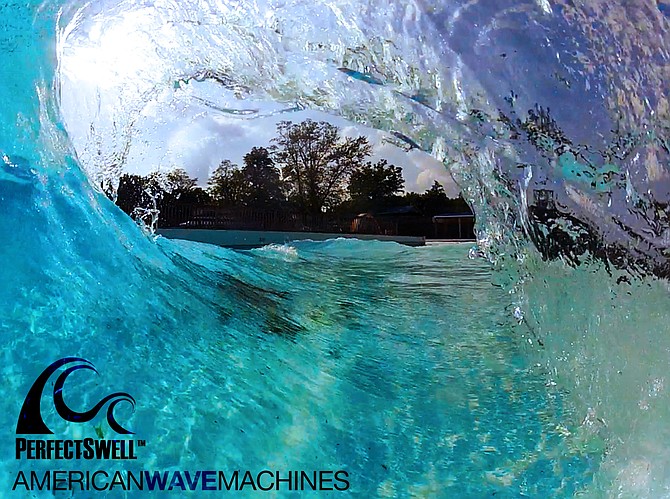 American Wave Machines of Solana Beach recently installed the latest version of its wave-creation technology at a waterpark in New York.

The technology allows for various wave shapes and directions, including point breaks, peaks and rider waves.

The company said its patent-pending innovations include a wave control application designed to run on mobile devices.

The app lets operators, coaches and surfers call and control waves and “personalized playlists,” and a media option allows photo and video capture of the surf session within the application.

American Wave Machines was founded in 2001 by California surfer Bruce McFarland. The company has developed more than 15 small- and large-scale installations at places around the world, including surf parks, waterparks, resorts, malls and research institutions.

Plans to build a $360 million casino on an American Indian reservation in Jamul recently sparked protests.

Publicly traded Penn National Gaming Inc. announced earlier this spring that it wants to establish a Hollywood-themed casino in Jamul.

The Jamul Indian Village has proposed building the casino with other partners in years past, but plans never came to fruition.

“It’s time to make clear to Caltrans and to Sacramento lawmakers why a casino — on that spot, along that road — remains a terrible idea,” Jacob said.

“Picture the steady stream of cars and other big-city problems that would flood in” with the casino, said a statement released by Jacob.

If built, the casino would be Penn National’s first location in California. Company stock trades on the Nasdaq as PENN.

County elected and appointed officials held a press conference here at Plenums Plus, a maker of air duct equipment, to highlight their support for maintaining enterprise zones and against a proposal by Gov. Jerry Brown to eliminate the current zoning system.

The state launched the enterprise zone program in the late 1980s as a way to attract economic development to certain areas. Businesses setting up within the zones can qualify for tax credits and rebates.

Brown’s proposal would eliminate the zones in favor of providing certain tax cuts and other incentives on a case-by-case basis.

Supporters said the current system helped attract more than $1.7 billion in capital investment to the San Diego enterprise zone that covers a wide range of the county from 2006 to 2012.