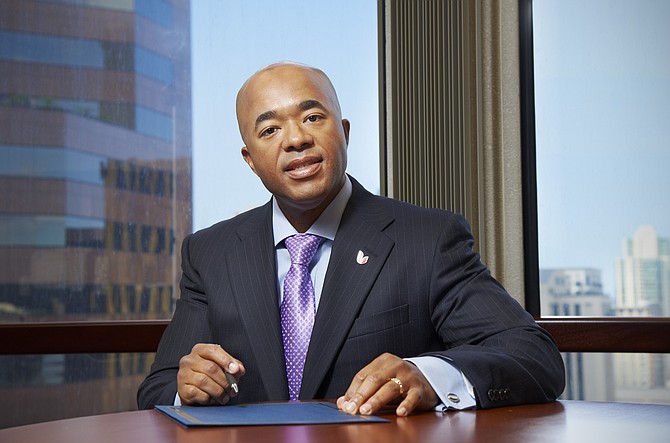 Smaller than the biggest national banks but far larger than most community banks, regional banks, or those doing business in multiple states, are finding fertile ground in San Diego.

About half of the regional lenders operating here increased their market share last year, based on deposit data supplied to the federal government, including several that saw huge upticks.

Union Bank, based in San Francisco and with 59 branches in the county, increased its deposits in the county by 24 percent over the 12 months that ended in June to $9.8 billion. That was second to only Wells Fargo Bank, which had nearly $15 billion in deposits or about a quarter of the entire San Diego market.

Union’s nearly $2 billion gain in deposits, which gave it a 16 percent market share in the county, most likely came at the expense of a few of the megabanks, including Bank of America. Charlotte N.C.-based BofA, which formerly held the No. 2 spot here, saw its deposits decrease 13 percent during the year, and dropped to the No.3 market leader with $8.5 billion, or 14 percent of the market.

Lawrence Henry, Union’s senior vice president and regional executive, said while he didn’t have definitive evidence, “if I had to guess, it appears a good percentage of those (increased) deposits came from BofA.”

With about $97 billion in total assets and operating in six states, Union is the 23rd largest bank in the nation, but it likes to project a community bank image, one that resonates with many of its customers, says Henry.

“We’re kind of a big bank that still operates as a regional and personalized bank, and we’ve kept that localized, personal feel,” he said.

Henry said Union has long had a consumer focus, but it’s also well-known as a business bank offering services to small mom and pop shops as well as to major corporations, and everything in between.

“We’re a relationship bank and not like a lot of the big box banks,” he said. “Our goal is to develop extremely strong relationships.”

Henry’s comment was echoed by every regional bank executive interviewed. They all said the essential thing that sets their bank apart from the megabanks is their ability to provide higher levels of service to their customers.

“We don’t have as many branches as some of our competitors so we have to take a personalized approach,” said George Stanfield, executive vice president of the Bank of the West, which had about $512 million in deposits at its five branches in the county.

Like Union Bank, the Bank of the West, is also headquartered in San Francisco, and has a non-U.S parent bank. For Union, the parent is Bank of Tokyo-Mitsubishi UFJ Ltd. The Bank of the West is owned by BNP Paribas, based in Paris and with $2.5 trillion in assets.

Neither bank aggressively promotes that fact, but the banks don’t hide it either. Joanne Curran, Union Bank spokeswoman, said the Japanese ownership has no impact on the retail level. However, with the bank’s corporate clients “it’s an advantage and offers greater benefits because of some of the solutions and products that we are able to offer.”

Stanfield said the bank’s ownership by the world’s third largest bank provides its customers with a wider range of products and services to just meet any size businesses’ needs, but also puts a strong emphasis on a personal approach.

“You can get ahold of our people,” Stanfield said. “If you call one of our branches, you get a live person.”

Virtually all the regional banks said another distinguishing factor that sets them apart from the biggest lenders is giving their regional offices the power to make credit decisions without consulting with the headquarters office or some other higher credit authority.

AmericanWest Bank, based in Spokane, Wash., operates seven branches in the county with about $300 million in deposits. CEO Scott Kisting said his bankers have lending authority of up to $5 million, which make up 80 percent to 90 percent of the lending locally.

Lending decisions aren’t made based on a formulaic scoring system as many megabanks use, but on bankers interacting personally with people, and getting a good understanding of a business or individual and the borrower’s situation.

If approved, the bankers maintain strong relationships with borrowers and stick with them throughout the term to ensure that the customers are getting all the services they need, Kisting said.

AmericanWest got into the local market through two bank acquisitions: Sunrise Bank in 2011, and the following year, Security Business Bank of San Diego.

The bank has pursued an aggressive expansion strategy in recent years, buying up mostly smaller banks and using investment capital of $185 million it raised from mainly private equity firms and pension plans.

As of this month, AmericanWest franchise consisted of 80 branches in four states: California, Washington, Idaho, and Utah. But last year it struck a deal to purchase PremierWest Bank, based in Medford, Ore., and with $1.2 billion in assets. By the end of March when the transaction is expected to close, AmericanWest would be about $4 billion.

That type of size allows the bank to compete effectively with the biggest banks on both products and services, and which aren’t available from most community banks, Kisting said.

For example, for a borrower looking to change an adjustable interest rate loan to a fixed rate can do so through his bank using an interest rate swap. That’s the kind of service that usually is only offered by much larger banks, Kisting said.

Steve Cusato, senior vice president and market leader for Los Angeles-based City National Bank, said his bank prides itself by having experienced bankers who can help borrowers get the right services, and maintain a nurturing relationship that often lasts many years.

In some instances, customers who left the bank to go elsewhere returned after discovering that the grass wasn’t as green. Those customers resumed their relationship with that same City National banker.

“This is very much a high touch, high services bank and with a full suite of products that we can offer to any size of business,” Cusato said.

City National has seven branches and holds about $513 million in deposits in the county, more than double the amount it had in 2005. In 2009-2010, the bank acquired two failed San Diego banks, Imperial Capital and 1st Pacific Bank of California, which expanded its presence to eight branches. It has since closed a branch in El Cajon.

While City National offers a “potpourri of business lending” it tends to lend to middle market businesses in San Diego that have revenue below $250 million, with the bulk of its borrowers having annual revenue of about $80 million, Cusato said.

Because of its size, with assets of $28.6 billion and offices in five states, City National has many of the same products and services that all the biggest banks offer, but delivers those services with a personal touch not emphasized at the biggest banks, he said.

Indeed, regional banks enjoy the benefits of their size, and compete very effectively with both the biggest lenders and the much smaller community banks, says Frank Mercardante, a former chief executive officer at several local banks and now a consultant.

“The regional banks have the best of both worlds. They are large enough to be able to offer products and services that any nationwide bank can. But they can also make the argument they are a community bank and can offer a higher level of services than the largest banks,” he said.