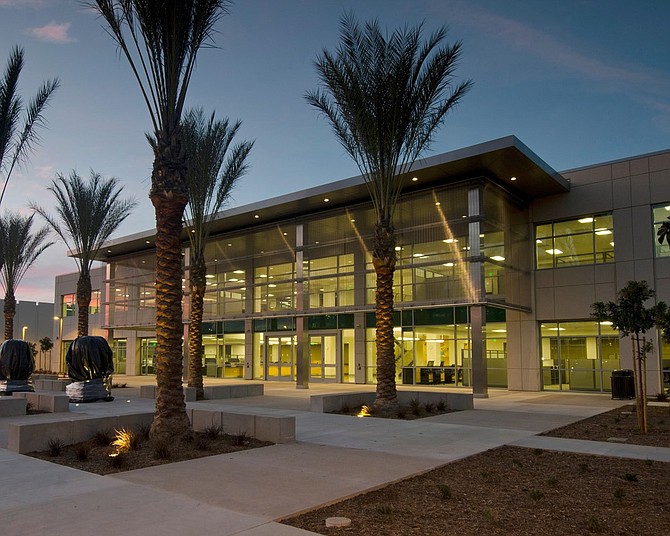 Photo by courtesy of Lowe Enterprises

There are now five buildings at the county government complex, being built in multiple phases on a 47-acre site on Overland Avenue near Clairemont-Mesa Boulevard. A Lowe representative said approximately $350 million has been invested in the project to date.

The county of San Diego is consolidating operations from other sites in the region. A two-building first phase was completed in 2010 and a two-building second phase was finished in 2011, with future phases to include additional office and parking facilities.

When completed, the campus will include more than a million square feet of office space, with two multilevel parking structures. The project team also includes RJC Architects and Suffolk Roel Construction.