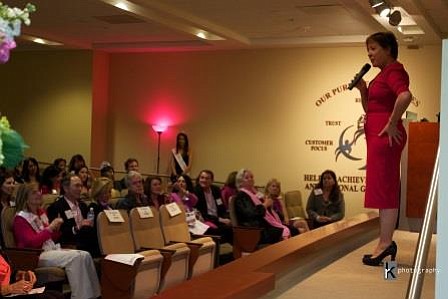 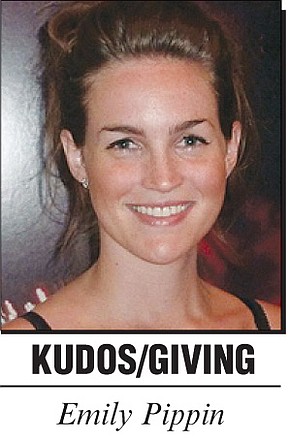 Susan G. Komen for the Cure, San Diego awarded $1.4 million to breast health programs throughout San Diego County at its annual Grant Award Ceremony recently. Grantees included: Community Clinic Health Network; Chula Vista Community Collaborative; La Maestra Family Clinic; Operation Samahan ; San Ysidro Health Center; Somali Family Service of San Diego; Vista Community Clinic; Breast Cancer Solutions; MANA de San Diego. The organization broke its granting record this year, allocating the most money it has ever granted in the history of the organization … The CVS Caremark Charitable Trust granted two awards to San Diego organizations: Promises2Kids received a $20,000 grant and the San Diego Public Library Foundation received a $35,000 grant. “We are thrilled to support deserving nonprofit organizations that share our commitment to helping people on their path to better health,” said Eileen Howard Boone, president of CVS Caremark Charitable Trust. “As we strive to build healthier communities in 2013, we are honored to recognize the efforts of organizations in San Diego and the important work they do to make a difference in the lives of children and families in the communities we serve.” The $20,000 grant to Promises2Kids will be used to support the Polinsky Children’s Center, which provides care for more than 2,000 abused children in the foster care system. The $35,000 grant to the San Diego Public Library Foundation will be used to purchase technology for the Library’s I CAN! Too Center, which offers resources to children of all abilities … More than $860,000 was raised at Jewish Family Service’s annual Heart & Soul Gala. More than 450 guests attended the event, held at the Hyatt Regency La Jolla at Aventine. The funds raised at the event will go to support the more than 50 programs offered by Jewish Family Service. The event was co-chaired by Joyce Axelrod and Leslie Fastlicht Russo, with auction chairs April Fink and Karin Toranto … The OASIS Institute received a $50,000 grant from AT&T to provide technology training to older adults in San Diego. The funds will support the institute’s Connections technology program which aims to increase workplace skills in older adults. “We are excited to partner with OASIS to help bring the benefits of technology to all consumers,” said Ignacio De La Torre, AT&T external affairs regional vice president. “AT&T is proud to support the essential work OASIS is undertaking to strengthen and build its capacity to provide the Connections programs to seniors in the San Diego region” … Words Alive received a $7,309 grant from Las Patronas. The funds will be used to purchase new computers and software, tables, chairs and a projector to use in volunteer training and development. “We’re excited to have our impact recognized and supported by such a well-respected group of San Diego philanthropists,” said Patrick Stewart, Words Alive executive director … Sanford-Burnham Medical Research Institute will host the annual Bring It! event at the Del Mar Fairgrounds April 25. The funds raised at the event will go to support stem cell research at the institute. The event will feature a networking reception followed by camp-themed games. Former Mayor Jerry Sanders, will serve as co-chair of the event with founding chairs Stath and Terry Karras. Tickets, sponsorships and event information are available at www.sanfordburnhamevents.org/bringit or by calling Karolyn Baker at 858-795-5239.