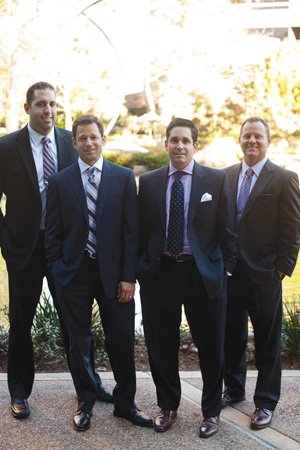 The criterion for ranking the list is the total assets managed in San Diego County as of fiscal year end 2011; the assets under management total $108.5 billion for the 33 firms participating.

Brandes Investment Partners LP, No. 1 on the list, is an investment advisory firm, managing equity and fixed income assets for institutional and private clients worldwide, according to the company website. Founded in 1974 by Charles Brandes, the firm’s success is attributed to the value investing approach to security selection. This approach was pioneered by Benjamin Graham, known as the “father of value investing” and author of the seminal book on the subject “Security Analysis,” co-authored with David Dodd — also known as the Graham and Dodd approach to investing. Warren Buffett, one of the most well-known investors in the world, is among Graham’s protégés.

Brandes has $33 billion in assets under management in San Diego County with 28 portfolio managers or investment advisers. Worldwide, the firm has 407 employees.

Wells Fargo Private Bank, ranked No. 3, is new to the list this year. Wells has 66 local portfolio managers or investment advisers in San Diego County. Total assets under management in the county for fiscal year end 2011 reported by Wells were $10 billion, up 18 percent from $8.5 billion in 2010.

Also new to the list is Morgan Stanley Smith Barney – The Bentley Group at No. 15 with five local portfolio managers. The group reported an impressive 30 percent increase in assets under management locally from $250 million in 2010 to $325 million in 2011.