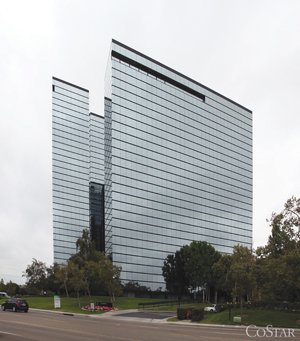 Retail sales nationally have recently flattened out, but that hasn’t stopped a steady parade of U.S. and global retailers announcing or opening new San Diego County stores over the past year.

Among those is Massachusetts-based TJX Cos. Inc., which has been expanding its clothing and housewares store brands including T.J. Maxx, Marshalls and HomeGoods.

Mike Moser, a senior vice president in the San Diego office of brokerage firm CBRE, notes that T.J. Maxx is among th e stores set to open at Plaza at the Border, a San Ysidro shopping center under construction and set for completion later this year by Solana Beach-based developer The Shamrock Group.

Moser, who is handling leasing for that center, said other stores on the way there include Ross Dress For Less and beauty products retailer Ulta, both of which have also been expanding their local footprints.

According to CoStar Group, the Carmel Mountain lease was among the largest local retail leases of the first half of 2012 — a list led by Wal-Mart Stores Inc.’s opening of a 105,896-square-foot store in Encinitas, and Zion Market’s signing of a 94,500-square-foot lease in San Diego’s Clairemont neighborhood, where it will fill a space vacated by Sears.

The brokerage firm Cassidy Turley San Diego reported that the county’s total retail vacancy rate — among the lowest for major U.S. metro areas — stood at 6 percent at the midpoint of 2012. That was down from 6.7 percent at the same point a year ago, and 6.5 percent at the end of 2011.

Vacancy this year is lowest in the central part of the region (3.9 percent), followed by East County (4.2 percent), South County (6 percent) and North County (8.7 percent).

The Irvine Co. of Newport Beach has purchased the 13-story Centerside I office building in Mission Valley for $52 million, according to CoStar Group.

The 202,913-square-foot building, at 3111 Camino del Rio N., was built on 5.94 acres in 1982 and was just over 96 percent leased at the time the deal closed earlier this month. The seller was Teachers Insurance & Annuity Association of America, also of Newport Beach.

The seller was represented by the brokerage firm Jones Lang LaSalle, and Irvine Co. represented itself. The building last sold for $65 million in 2004.

The 436-room Westin, located at 400 W. Broadway in downtown San Diego, is among four hospitality properties being sold by affiliates of New York-based Blackstone Real Estate Partners VI, part of The Blackstone Group.

DiamondRock CEO Mark Brugger said in a statement that Blackstone is taking a $75 million ownership stake in DiamondRock as part of the transaction. The company plans to complete the acquisition of the hotels by the end of July.

Also included in the deal are the Hilton Boston, the Westin Washington, D.C., and the Hilton Burlington in Vermont.

The buyer agreed to pay $8 million to the seller, C-III Asset Management of Irving, Texas, according to CoStar Group. The 33,000-square-foot, two-story building was built in 2002.

NAI San Diego represented the seller, and Cushman & Wakefield represented the buyer. Monro Capital plans to refurbish the building and lease it out to retail, restaurant and office tenants, CoStar reported.