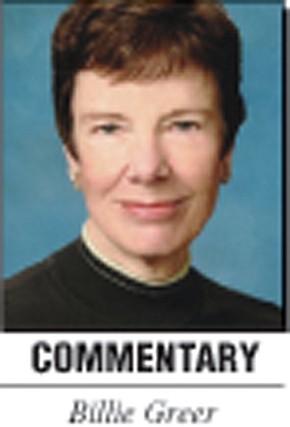 Many of us remember the film “Chinatown,” starring Jack Nicholson and Faye Dunaway, which was based in part on real events that fostered water wars when William Mulholland acted on behalf of Los Angeles interests to secure water rights in Northern California. The main character in the film is L.A. Detective Jake Gittes who uncovers a vast conspiracy focused on the supply of water, overlaid with state and municipal corruption, with at least one murder thrown into the mix. The film was set in the early 1900s, but there are still people today who remain convinced that the Southland is stealing Northern California’s water. California’s history is steeped in water (no pun intended). It’s all about: Who has the water? Who wants the water? And, who is going to get it?

It’s hoped the water wars of the past will fade in memory with the realization that our California water system sustains our state’s economy and quality of life, not just in the south or the north, but the economy in its entirety. Twenty-five million Californians rely on the water that passes across the Sacramento-San Joaquin Delta, the hub of the system. The delta also provides water to hundreds of thousands of acres of Central Valley farmland which is the heartland of California’s $37 billion agricultural industry.

However, our aging system continues to cry out for investment. Today Californians, numbering more than 38 million people, depend upon water infrastructure built decades ago to meet the needs of 16 million people.

Fortunately there are real opportunities available to improve the system, ensuring that there will be a reliable and safe supply of water to our homes and businesses for the years to come while also restoring the damaged ecosystem of the delta. Those opportunities include the Bay Delta Conservation Plan, a combined state and federal effort developed to reverse the decline of the delta’s ecosystem and improve water supply reliability with a 50-year plan of restoration and conveyance improvements. Next year, environmental and public review of proposed new water conveyance facilities will begin. A wide range of alternatives will be set forth, including tunnels and pipelines, which would deliver water through the system. This is all about protecting our water supply and the delta environment. And, it’s all about jobs as well. The tunnel conveyance alone would generate nearly 130,000 full-time equivalent jobs over a seven year construction period, according to a recently released analysis by The Brattle Group.

The William Mulhollands of this generation in Southern California are emphasizing water conservation, recycling and desalination as the emerging local tools to cope with population growth. The need for imported water isn’t expected to increase. The issue isn’t about more and more water. The issue is all about reliability. Today’s California water story is an exciting quest to make the investments to improve the economy, the environment and the entire state.

Perhaps Jack Nicholson would consider starring in a sequel to “Chinatown.” Title? How about “Water Wars Over.” Case closed, Detective Gittes!

Billie Greer is President of the Southern California Leadership Council, whose mission is to preserve and enhance the region’s economic vitality, job growth and quality of life.