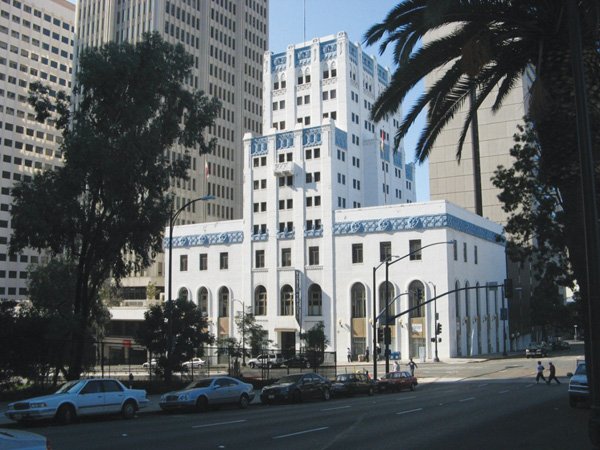 The 12-story, 127,990-square-foot World Trade Center office building downtown has been sold to the Redevelopment Agency of the City of San Diego for $8.2 million.

A new wing will be added to the main building on San Diego Community College District’s Educational Cultural Complex campus to replace all outdated bungalows and modular classrooms, labs and support rooms.

The $16.3 million project is the latest San Diego Community College District project funded by Propositions S and N. The project is on track to obtain a Leadership in Energy and Environmental Design Silver Certification by the U.S. Green Building Council.

Construction will include the addition of a new 18,135-square-foot, two-story classroom wing to the main building on campus, a 19,700-square-foot space within the existing facility will be renovated to provide offices, counseling and teaching areas, and will include state-of-the-art labs, lecture rooms and support space and a 55,000-square-foot parking lot.

White Labs, a leader in the craft brewing movement since the early ’90s, tapped Smith Consulting Architects and Serbia Consulting Group for its newly purchased 14,400-square-foot building within the Mark II Business Park at 9495 Candida St. in Mira Mesa, where it wanted to consolidate its facilities and expand production.

The remodeling project involved design and build-out of clean room production facilities with steam and compressed air; lab spaces; distribution areas; offices; and a classroom for educating about the craft beer industry. The remodel project was completed in July 2011.

The project team for the new White Labs facility consisted of Serbia Consulting Group as the project manager, Smith Consulting Architects as architect/space planner, Pacific Rim Mechanical as mechanical/plumbing engineer, Berg Electric as the electrical engineer, and Good & Roberts as the general contractor. Todd Davis of Cassidy Turley BRE Commercial was the broker.

The solution was doubling its facility to 23,600 square feet by expanding into the second half of its existing building in Scripps Ranch. The scope of work for the expansion project included the addition of a 3,500-square-foot cold storage room, additional fermenting tanks, a new production line, as well as general upgrades to the building and site.

Gould Electric won top honors for a subcontractor at ABC San Diego’s Excellence in Construction awards. Gould won for its work at the new Thomas Jefferson School of Law, located in the East Village.

The Thomas Jefferson School of Law is destined to become a focal point of the downtown landscape. The project required Gould Electric to work closely with the design team, general contractor, owner representatives, vendors and other subcontractors.

Ownership’s expectation was to get everyone engaged in the project design and generate value enhanced solutions. This was an interactive and collaborative process unlike the more traditional general-subcontractor relationship customary in the industry.

Gould Electric was also recognized as a leader in safety with a STEP Award. There were zero work safety incidents or recordables throughout the entire construction of the building.

San Diego-based KMA Architecture & Engineering has been retained by Teehee-Straub JV to design the expansion of the Test Evaluation Squadron Facility at Nellis Air Force Base in Clark County, Nev. Designs are currently under way and the project is expected to begin construction in the spring.

The expansion encompasses a one-story addition to the existing Test Evaluation Squadron Facility, which is located along the flight line at Nellis Air Force Base. The 16,000-square-foot design includes clerestory windows for daylighting and a shaded outdoor gathering area. The finished building will provide administrative spaces, as well as classified administrative, secure briefing and video/teleconference auditorium spaces. The project is pursuing Leadership in Energy and Environmental Design Silver certification.

The KMA team consists of Jay Janda and Heather Mertes. Engineering partners include SMR Consulting Group for structural services, Engineering Partners for electrical, DSEngineering for mechanical and plumbing, and Construction Testing & Engineering for civil engineering. Young Co. has been retained for interior design and Veltre Engineering for fire/life safety consulting.

Jones Lang LaSalle professionals assisted the U.S. General Services Administration in the award of this 10-year lease in San Diego. The USMEPCOM has the unique and challenging mission of determining the physical, mental and moral qualifications of every new member of the armed services.

Sold by Coldwell Banker’s Laleh and Niloo Monshizadeh for an undisclosed amount, the property is the highest sale price in San Diego County in 2011, surpassing Coldwell Banker La Jolla’s previous high this year of $11.5 million for an oceanfront home sold in August.

Designed by San Diego-based architect Wallace E. Cunningham, who was named to Architectural Digest’s Top 100 designers, the four-bedroom, six-bathroom home is an architectural masterpiece. The modernly designed, angular home perches itself on a hill and features stepped-back curved glass walls and a semi-circular infinity pool suspended in space overlooking the ocean. Inside the home, a short flight of floating stairs terraces up to the dining area with a glass elevator that rises to the master suite along with an exercise wing on the third level at the rear of the courtyard.