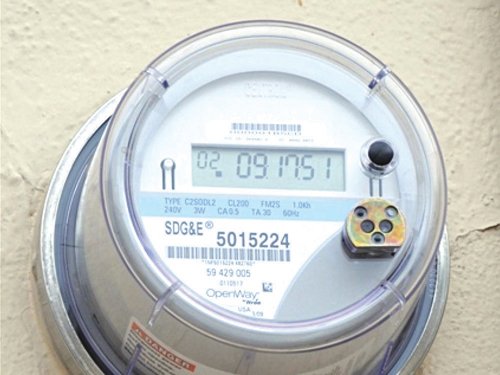 SDG&E in 2011 completed the first major step in creating the smart grid by installing more than 2 million smart meters in San Diego and South Orange County. With the new smart meters, consumers can go on the utility’s website and see their energy consumption on an hourly basis. 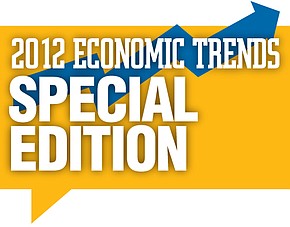 Renewable energy has a starring role in the story of San Diego Gas & Electric Co. in 2012. Among the most notable events expected in the year ahead is the completion of Sunrise Powerlink, a 117-mile high-voltage power transmission line that will carry 1000 megawatts of wind and solar energy from the Imperial Valley to San Diego County. SDG&E estimates that Sunrise Powerlink will save about $100 million in energy costs as the utility relies less on aging power plants and reduces the expensive transmission bottlenecks that cost SDG&E customers millions of dollars each year in state-imposed congestion fees. The project is expected to wrap up by mid-2012. Sunrise Powerlink combined with SDG&E’s major upgrade to a smart grid that seamlessly incorporates renewable energy sources into the power supply will make San Diego well poised to embrace solar rooftop panels and electric vehicles, said utility spokeswoman April Bolduc.Harvesting Solar PowerMeanwhile, solar-panel production will begin in fall 2012 at the new Rancho Bernardo factory of Soitec Solar Inc., the San Diego-based unit of French semiconductor company Soitec SA. Soitec will make photovoltaic modules that will be used in solar farms to generate energy for utility companies — chiefly SDG&E. With major utility contracts in place, Soitec said it plans to spend $150 million on the factory and hire some 450 high-tech workers by the end of 2012. That project is no doubt one of the biggest victories of 2011 for San Diego’s clean-tech community, and will continue to be a major newsmaker in the year ahead as the factory gets closer to production. Nonprofit trade group CleanTech San Diego has worked closely with the company and city officials to help locate a site within city limits for the factory, and will stay in touch to ensure Soitec is feeling at home in San Diego. “Now that Soitec is here, we have to make sure that its success continues,” said Jason Anderson, vice president of CleanTech San Diego.Meeting a MandateSoitec’s projects will help SDG&E comply with the state of California’s mandate for utilities to use renewable energy sources to produce at least 33 percent of their electricity by Dec. 31, 2020. “San Diego Gas & Electric has signed more contracts using (concentrating photovoltaic) technology than any other utility in the world,” SDG&E Chairman and CEO Jessie Knight said at the Soitec factory dedication in December. SDG&E also continues to collaborate on local renewable energy projects through the Smart City San Diego initiative, a partnership that includes clean-tech experts from the City of San Diego, UC San Diego, San Diego Gas & Electric Co., General Electric Co. and CleanTech San Diego. The group has been meeting monthly since its inception in January 2011 to help push along clean-technology initiatives, such as deploying a network of public-access charging stations for electric vehicles, testing the economic feasibility of emissions-free cars and experimenting with strategies for solar energy storage, Bolduc said. “We’ve been able to leverage the strengths of each organization to help projects move forward faster,” Bolduc said of the Smart City participants. “We’ve learned that partnerships are so important in any project that we do.” She said the group has made much headway in its inaugural year, most notably helping Daimler’s Car2go N.A. LLC subsidiary launch a rental fleet of 300 electric cars in mid-November. Mayor Jerry Sanders has said the commitment from Daimler will solidify the city’s standing as the nation’s electric vehicle capital. But there’s still much work to be done for Smart City San Diego; many of the projects that have been in the planning phase in 2011 are just now taking shape, Bolduc said. For example, she said that SDG&E and GE Energy have just begun working together to test the communication links between GE smart appliances and SDG&E’s smart meters. GE Appliances is supplying SDG&E with a smart dishwasher, washer and dryer along with a GE Nucleus energy manager and Programmable Control Thermostat.  The appliances are considered “smart” because they send usage information automatically to the utility’s grid and help consumers save money by using energy at off-peak times. The tests are important as SDG&E slowly rolls out elements of its smart grid, a project estimated at $3.5 to $3.6 billion that will help consumers more closely track their energy consumption.